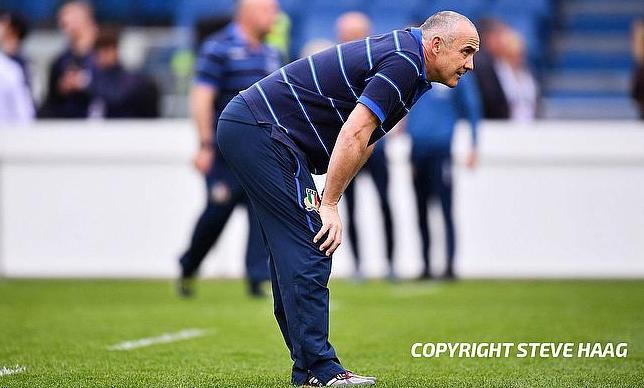 Italy made it two wins from two at the Rugby World as they swept aside Canada in Fukuoka. The Azzurri claimed a 48-7 victory and Joe Harvey has delivered his assessment.

Thursday marked the day that viewers across the world would have seen each of the 20 teams at the Rugby World Cup in action. With the USA playing England in the near future, the first unknown that viewers have got to see is Canada.

They were playing Italy at the Fukuoka Hakatanomori Stadium and failed to live up to expectation as the Azzurri ran out the victors in the race for the third place finish in Pool B that would guarantee qualification for the 2023 Rugby World Cup in France.

It was an indifferent first half by both sides. With this being said, it was the Italians that went into the changing room much the happier after the opening 40. They had raced into a 17-0 lead, whilst Canada had let chances go begging.

After a Matteo Minozzi break early on that put Italy in Canada’s 22, several phases later, the Italians were awarded a penalty following a Canadian infringement at the ruck. Italy fly-half Tommaso Allan struck the ball well and put his team away.

Following further Canadian errors, Braam Steyn picked the ball from the base of the scrum and powered over. Allan converted and was called upon some minutes later when Dean Budd wandered over unopposed.

No further points would be scored in the half, with Canada spurning a chance when dropping the ball over the try line through Matt Heaton after Tyler Ardron’s offload. Canada were lucky to go down the tunnel at half-time with 15 men after Ardron escaped sinbinning after knocking the ball on in his own five meter channel.

Lovely to see Jake Polledri set up Seb Negri to score for Italy. A try made in @Hartpury

Italy started the second half well too. TRU columnist Seb Negri barrelled over the whitewash to register a try in his first involvement of the tournament, with Allan adding the extras soon after. It took nearly 20 minutes until the next score.

It came thanks to Heaton collapsing an Italian maul when they looked sure to score. As a result, the former Darlington man was sent to the bin and a penalty try was awarded by Nigel Owens. Another Italian try was scored through Mattia Bellini after some more poor Canadian defence.

Canada would not be scoreless in this game, though. A break led to Andrew Coe getting the ball in hand with three blue shirts in front of him. A quick movement of his feet let the sevens man through and gave Peter Nelson a simple conversion.

It wouldn’t be too long until Italy would be in the ascendency againm though. Another ruck infringement from Canada landed Italy a penalty deep in opposition territory. Choosing to kick to the corner, Italy drove the ball over, with replacement hooker Frederico Zani claiming the try and Carlo Canna added the extras.

Another Italian score ended the game. Jake Polledri’s superb break landed Matteo Minozzi with a try and put the icing on a solid Italian performance in Fukuoka.

It would be a lie to say that Italy vastly outplayed Canada. The Canadians clearly came into this fixture undercooked and Italy took full advantage of this. Of course, this isn’t to say that there weren’t superb individual performances in Conor O’Shea’s team.

Matteo Minozzi made two try saving tackles, one in the first half and the second was on Canada wing Jeff Hassler after the interval. Maligned by injury for much of last season, it was fantastic to see the minute fullback seemingly back in full flow, making plays in both defence and attack, which is surely a positive sight for Wasps fans.

The combination of Sebastian Negri, Jake Polledri and Braam Steyn was extremely promising too. Steyn scored a try from the base of a scrum in the opening 40 minutes, whilst Negri crashed over to start the scoring in the second half. Complimenting each other well, Polledri was a driving force in the side, regularly breaking the gainline and it was his brilliance that got Minozzi his score.

Canada came into this game following a flurry of injuries. Starters Evan Olmstead, Kyle Baille and tighthead prop Jake Ilnicki were all ruled out of contention in the lead up to this game. During the game openside flanker Lucas Rumball was forced off with injury during the first half  as was experienced campaigner Hubert Buydens.

"...I don't think anybody had anything left in the tank when that 80 minutes was up."@RugbyCanada captain Tyler Ardron gives positive post match interview after tough loss to Italy in first match at #RWC2019 #ITAvCAN pic.twitter.com/V85DMu1QUu

Canada’s defence clearly wasn’t in full effect either. Headed up by Saracens scrum-half Richard Wigglesworth, each of Italy’s tries came as a result of a missed tackle. When Canada come up against the likes of the All Blacks and the Springboks, those sorts of mistakes will be even more costly.

There is also a case to be made for missed Canadian opportunities. On more than one occasion, Canada failed to score find their finishing touch. Heaton dropped the ball over the line and there were several other opportunities from Tyler Ardron and DTH van der Merwe that went begging.