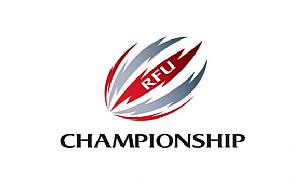 It's that time of year again, folks. Whilst Northampton gear up for success in the Heineken Cup, Leeds Carnegie and Newcastle Falcons are embroiled in the annual battle to avoid the dreaded drop. With a poor home performance against Quins, it appears Leeds have lost their fight. Newcastle ground it out to gain a crucial bonus point, a point which could ultimately be the the clincher in the battle as both teams travel away to tough teams in the final round.

But what does relegation actually mean to a club? Disappointment? Of course. Further losses? Absolutely. But these teams who play the up, down game most seasons are being denied the chance to really grow within the Premiership and reach their full potential. Demoted clubs suddenly lose their premiership profile, fans and players become discouraged with a drop in playing standards and begin to look elsewhere which all has serious consequences to the financial structure as well as the tradition and blood that flows through the club.

What is concerning with this year's contenders for relegation is that despite both Leeds and Newcastle having an extremely strong foundation and heritage as clubs, they are in areas which already struggle to create a weekly fortress. Headingley Stadium is first and foremost home to the Leeds Rhinos, the omnipotent rugby league side, and Carnegie fail to fill stadium capacity. If they indeed drop to the lower leagues I severely doubt that this problem will be miraculously rectified. If the past is our best example, teams such as Bristol, Richmond and London Scottish have each been, and gone (with no thanks to the dawn of professionalism, I hasten to add, but that is another story!)

Why do we put the weaker teams through this never ending turmoil with few chances to improve them? Why do we dismiss such sides and present them with so few opportunities to reach their former glory, the rugby that got them to this oh holy of leagues in the first place?

Imagine a Premiership free of relegation, in a league where the country's top 15 clubs play without the fear of one bad season ending their legacies, fan base and heartbeats. In American Football, the NFL houses 32 teams who each year battle it out for Superbowl supremacy. Those teams who don't quite perform as well as their opponents and rank bottom of the league do not have the fear of being shunned to a lower league, in fact, they get the first pick of the new college players to emerge through the ranks in the annual Draft. No relegation means stronger teams in the long run with stronger fan bases and financial support - all crucial to the sport's future, participation and popularity.

Of course, it is not accurate to compare English rugby union leagues to the NFL as they are entirely different systems, but the concept of helping the weaker teams to improve whilst maintaing their status as a top flight team is certainly an important lesson which could be adapted. After all, it is, on the majority, the same teams that follow the demotion/promotion farcical each season. Worcester, for example, are hot favourites to regain their place in Premiership rugby. Why not save them the hassle and the stress, break the cycle and allow teams to develop and grow.

But how fabulously un-British a world without relegation would be! No opportunity to banish the dead wood from the league and breathe fresh air into it with a tenacious underdog. One could suggest that relegation is exactly what such a team needs in order to improve, learn their lessons, and come back fighting. Exeter have more than proved themselves this year and will further look to cement their success next year. For them, relegation was key. Keeping teams on their toes, relegation ensures the Premiership remains fresh and exciting, with new challenges every year. The rise and fall of teams is all part of the English rugby ride.