Quintet set to finish in unchanged All Blacks side 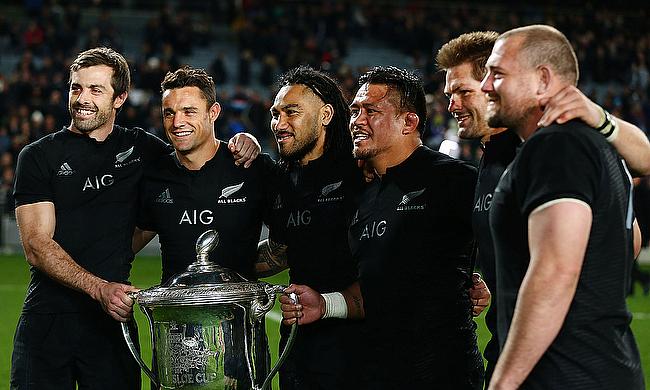 New Zealand unchanged as quintet, with Tony Woodcock out with a hamstring injury
©PA

Five All Blacks stalwarts can end their Test careers by cementing New Zealand's class of 2015 as rugby's greatest ever with World Cup glory.

Captain Richie McCaw can go down as the greatest skipper of all time by helping New Zealand make history by becoming the first team to retain the Webb Ellis Cup.

McCaw will most likely call his record-breaking Test career quits after the weekend, while Dan Carter, Ma'a Nonu, Conrad Smith and Keven Mealamu have already confirmed the World Cup showpiece as their last turn in All Blacks colours.

New Zealand's hard-nosed and high-quality quintet will surely end Saturday's showdown with a combined caps haul of 486 - four will start, with Mealamu among the replacements - and are gunning to end the weekend by securing a second-straight World Cup crown.

"We came here as contenders for the World Cup, just like everyone else," said All Blacks boss Hansen.

"In our minds we have never been defenders.

"We knew we would have to earn the right to progress through the tournament so being in the final is very satisfying in its own right.

"The ultimate goal has always been to win it, so we are exactly where we need to be to try and achieve that."

Flying wing Nehe Milner-Skudder is the only member of New Zealand's 23 with a single-figure caps total.

Head coach Hansen could not resist a small air of superiority over Michael Cheika's Wallabies, suggesting Australia have had to fight harder to reach the tournament's showpiece.

"Both teams have arrived at the final by different pathways," said Hansen.

"We've had the luxury of building game by game throughout the whole tournament, whilst Australia have had to be at their very best right from day one.

"Mental fortitude and physical endurance, together with skill, execution and sheer desire, will be the key ingredients come Saturday."