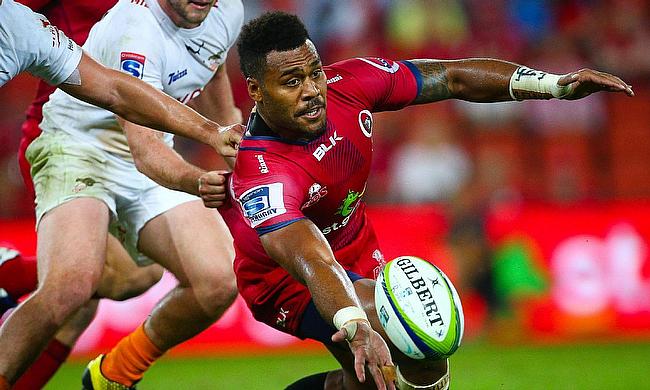 Queensland Reds will miss the services of Australia international Samu Kerevi for the final round of this season's Super Rugby clash against Highlanders at Forsyth Barr Stadium on Friday.

The news came after the 23-year-old tweaked a pectoral muscle in the gym on Monday and will continue to remain on the sidelines for another two weeks.

Earlier, Kerevi missed the June internationals for Australia due to an ankle strain and the latest injury means he will have limited practice before the Bledisloe Cup Test against the All Blacks in Sydney on 19th August.

"The way he's played against the Highlanders over the last few years would have given us some really good punch in the midfield."

Meanwhile, Reds have made one change to their line-up for Saturday's clash with Caleb Timu set to make his Super Rugby debut at blindside flanker while Campbell Magnay will continue to remain at number 13 in the absence of Kerevi.

Reds are currently positioned third in Australian Conference behind Brumbies and Force.