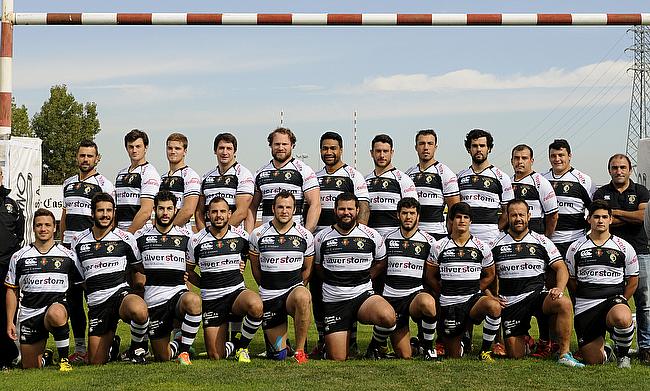 Spanish rugby on the rise

In our latest article focusing on Spanish rugby, TRU spoke to SilverStorm El Salvador Vice-President Santiago Toca about rugby at club and country level in Spain.

“The Club Crest has a legend that says ‘In contraria Ducet’, which means ‘struggles against adversity; and it is emblazoned in every member of the club.” Those are the words of the vice president of the SilverStorm El Salvador rugby team in Spain, Santiago Toca.

The words stitched into that crest of course apply to SilverStorm, but it certainly can relate to the overall picture in Spanish rugby. The nation as a whole may have struggled in the past to make themselves heard in the world of rugby, but recently the country has been on the rise and is now and looking to become one of the bigger names in northern hemisphere rugby.

Success at the World U20 Trophy and a solid performance in the 1A division in the European Nations Cup this season has led to people starting to recognise Spain stirring. There have been calls to expand the Six Nations with Georgia being tipped as the favourite to join the annual tournament or at least have a shot at joining the competition by having a play-off against the bottom placed side, but Toca and Spain seem to have other ideas and are looking at the bigger picture.

He said: “The national side has improved in the last two seasons, and we think that we are able to beat Romania and be closed to winning against Georgia soon. The objective is to qualify for the Rugby World Cup in 2019 and with the young players that are growing, we think that is an achievable goal.”

Youth is something that Spain and SilverStorm seem to pride themselves on. Spain’s U20 side performed superbly in the World U20 trophy a couple of months ago where they reached the final in their first ever year in the competition before losing out to Samoa. Toca states that SilverStorm along with the whole of the country have never seen so many young talented people playing the sport and it is encouraging for the future of the game.

He added: “The youth level has never had more players in Spain than right now. There is a kind of trend about the rugby values above other sports.

“The U20s were very impressive. We knew this generation of players were developing really well, but the level they showed was brilliant, and most of them have been trained in Spain.

“We at SilverStorm have more than 400 players, and no more than 10 to 15 players were not formed in our club. We promote throughout the region, organise tournaments, and try to instill our values in all the young players.”

With this in mind, Spain are putting up a strong case to become one of the main nations in the northern hemisphere. The country itself could be an attractive proposition for commercial opportunity which TRU’s Alex Shaw highlighted in his article on Spanish rugby. The country sits 22nd in the world rankings and in the Copa del Rey de Rugby final which Toca’s SilverStorm side were in (and won), it saw 26,000 people attend. The Top 14 final is set to held in Barcelona’s Nou Camp stadium in front of 98,000 which again emphasises the growth of the sport in this country.

However, despite this Spanish success and the achievements of his SilverStorm side this season, Toca still feels there is room for improvement to take Spanish rugby to an even greater level at that begins at the bottom of the pyramid.

Currently, there are a few clubs trying to go professional in Spain, but there are 12 teams in the Division de Honor – which is the first division. Below, there is a Division de Honor B, formed of three groups of 12 teams and then the regional leagues. Toca admits there really is only 22 really competitive sides.

“We should have a more global vision,” he adds. There are clubs trying to grow and do the best for the Spanish rugby, but many of them aren’t supported enough. Besides, the FER (Spanish Rugby Union), has a very amateur structure and sometimes works in the short term.

“We have more young players playing than ever but when they reach 19, 20, and 21 they have to choose between studies/work or rugby and we do lose them. That’s why we in our club at SilverStorrm have created The Academy, to prepare the young players to reconcile the sport and study or work life.”

Toca will be the first to admit that SilverStorm have been the stand-out team in Spain for a while now. Since they were founded in 1960, the club have been pioneers for training, forming coaches, bringing professional players in from different counties and playing in European Competition.

The club played in the Challenge Cup in the 03/04 and 04/05 campaigns where they took on Harlequins and beat Parma. This is once again progress for SilverStorm and for the country as a whole. There is no doubting that rugby in Spain is certainly on the up and with clubs like SilverStorm and the sheer interested in the sport increasing each year, there seems no reason why Spain can’t go from knocking on the door of the northern hemisphere rugby, to blowing it wide open over the next few years.