Pro14: South African teams come up short while Edinburgh could be surprise package 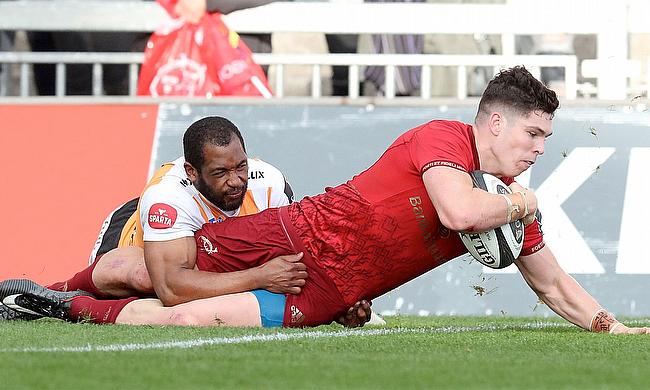 Two weeks into the Guinness Pro14 season and so far the South African teams have come up short while Edinburgh have staked their claim as this year’s surprise package.

The Cheetahs faced two tough trips to Ireland and were soundly beaten 42-19 by Ulster and then 51-18 by Munster. The Southern Kings fared no better, taking a thrashing from reigning champions Scarlets in Wales and falling to defeat against Connacht.

There is some optimism for the league’s new boys as the pace of the Cheetahs backline caused the Irish provinces’ problems and having got two hard away games out of the way, they can now welcome the northern hemisphere teams to South Africa for the next fortnight. They will surely fancy their chances against Zebre with the Italian outfit not known to be among the strongest in the competition.

The Southern Kings face sterner opposition in Leinster, who have started the season in superb form with two bonus-point wins, which leaves them sitting top of Conference B alongside Scarlets on 10 points, with Ulster and surprise package Edinburgh just a further point behind. The rest of Conference B is rounded out by Benetton on one point while Dragons and Southern Kings prop up the table with zero.

Edinburgh’s great start to the season has so far been attributed to new head coach Richard Cockerill who is expected to transform the Scottish club into a real force. Not many would have expected Edinburgh to travel to Cardiff Blues on the opening day and put one over on them but they came away with a solid 20-10 win. This was followed up by an emphatic bonus-point victory over Dragons at home.

Elsewhere Ulster have picked up right where they left off last season – somewhat of a mixed bag. A good bonus-point win over the Cheetahs on the opening day was followed up with a rather less convincing 21-14 win away to Benetton in Italy. There have been some positives with winger Tommy Bowe adjusting well to life as an outside centre and Andrew Trimble looking back on form to pick up two tries against Benetton. Ulster will get their first real test of the season when Scarlets visit the Kingspan Stadium on Friday night.

Conference A looks a little more open at this stage of the season with Munster sitting top on 10 points after two bonus-point wins and Glasgow second with nine points. Connacht and Ospreys follow with six and four points respectively while Cardiff Blues, Zebre and the aforementioned Cheetahs round off the table with no wins and no points.

The pick of the ties this week looks to be Ulster at home to Scarlets while it will certainly be interesting to see how the South African teams fare on home soil. Edinburgh should continue their impressive start to the season with another win at home to Benetton.

Ospreys will also be hoping to pick up more points but may have to wait until Benetton visit on 22 September as Munster will hope to grab the win this weekend in Wales.