Pro 14: Southern Kings secure first win as Beast from the East wipes out most matches 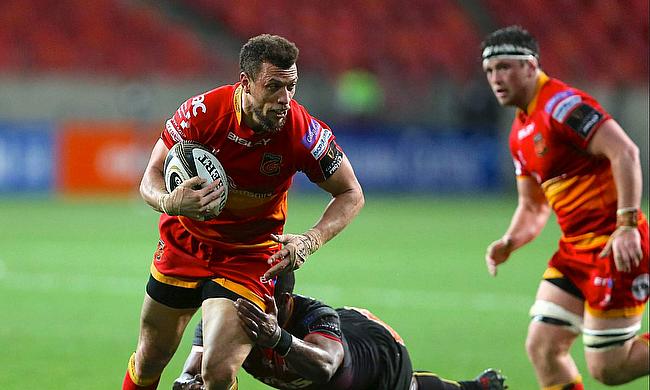 Zane Kirchner carrying for the Dragons in South Africa
©PA

It was a pivotal moment for the Southern Kings as the South African side secured their first win of the season in the Guinness Pro 14 in Round 17.

It has been a long wait for the league newcomers but they finally had something to smile about after securing a bonus point win at home to Dragons, with a final scoreline of 45-13. It is hard to overstate the importance of that win, both for the Southern Kings and the Pro14 itself. The Kings will hope to build on the win for the rest of the season while league organisers may have breathed a sigh of relief that perhaps they hadn’t dropped a hugely under strength team into their competition after all.

Elsewhere the Cheetahs came out 26-25 winners at home to Connacht after a last-gasp penalty secured the points. The rest of the fixtures in Round 17 were postponed following the adverse weather conditions.

This followed a full schedule in Round 16 where the Cheetahs had a reversal of fortunes, having lost by a point away to Ospreys, the Welsh side coming out 27-26 winners. Southern Kings had preceded their monumental victory with a crushing 64-7 defeat away to Leinster.

Elsewhere Ulster’s season went from bad to worse after a 34-10 loss away to a severely depleted Scarlets side who barely had to get out of second gear. The Ulstermen continue to be in a state of flux on and off the pitch after newly appointed head coach Jono Gibbes announced his departure at the end of the season for family reasons, although he has already been named as the next Waikato head coach in his native New Zealand.

Munster inflicted Glasgow’s second defeat of the season after coming away with a 21-10 victory at home. Edinburgh continued their good run of form with a 25-12 victory away at Dragons, who had a miserable two weeks. Cardiff Blues ensured there was some cheer in the Welsh capital on a weekend when Wales suffered their second loss of the Six Nations to a determined Irish side. Cardiff travelled to Zebre and left with a 10-7 win after a tight game. Fellow Italians Zebre fared no better at home than Zebre and lost 22-19 to Connacht.

After Rounds 16 and 17, Glasgow remain top of Conference A, with Munster in second and Cheetahs in third. Cardiff are 10 points behind in fourth although they do now have a game in hand on the Cheetahs. Connacht sit in fifth place, Ospreys in sixth and Zebre prop up the table in seventh.

Leister now lead outright in Conference B, with Scarlets in second and surprise package Edinburgh in third. It seems unlikely that Ulster will achieve a six-point swing by the end of the season to overtake the Scots and they lie in fourth place. They must surely be looking over their shoulder at Benetton in fifth who are closing the gap. Dragons are sixth while the Southern Kings remain in seventh place despite their morale-boosting win.

Only three of the postponed Round 17 fixtures have been rescheduled so far with Scarlets hosting Leinster on March 9th, Edinburgh at home to Munster on March 16th and Ulster at home to Glasgow in late April. Other than that the Pro14 now takes a break for the final two weeks of the Six Nations and returns on March 23rd.