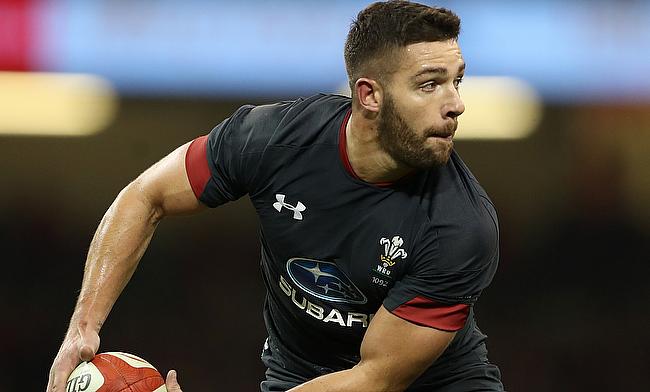 Rhys Webb scored two tries as Ospreys managed to edge out Cardiff Blues in a tight 29-28 win in their Pro 14 face-off in Swansea on Saturday.

The first half saw Ospreys gain a 17-14 lead and just when they were aided by a sin-bin to Alex Cuthbert in the 62nd minute that saw them in a comfortable position but the Blues made a strong comeback in the final 10 minutes but fell just short of the win.

It took Gareth Anscombe just one minute to take the Blues off the mark with a penalty and 15 minutes later, Nick Williams crossed over to put them eight points clear.

Ospreys completely dominated the second quarter as Jeff Hassler (21') and Webb (25') scored a try each while Dan Biggar slotted conversions and a penalty to take them to 17 points at half time. Anscombe kicked two more penalties as Cardiff Blues reduced the gap to three points heading into the second half.

Webb extended Ospreys' lead in the second half with a touchdown in the 51st minute and a sin-bin to Cuthbert for a forced off-side saw the visitors reduced to 14-men temporarily and also saw Justin Tipuric score a try.

At that stage Ospreys looked comfortable but in dramatic fashion Cardiff scored two tries in the space of three minutes to trail the home side by just a point going into the final few minutes.

First Lane crashed over the in the right corner for a try converted by Anscombe before Smith also went over. The score was converted by Anscombe. The Blues sensed a dramatic victory and after a break, when Ospreys centre Owen Watkin was stretchered from the field, the visitors worked their way upfield until Josh Navidi knocked on.