Premiership Rugby Cup Round 5 - Wrap Up 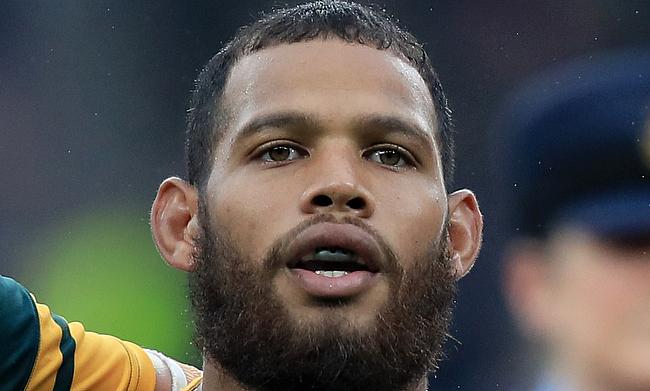 Leicester Tigers have kept their hope of reaching the semi-final of the Premiership Rugby Cup alive with a win over London Irish in the fifth round while Sale Sharks and Wasps also recovered victories.

The opening 14 minutes saw Sale Sharks made a promising start with tries from Will Cliff and Kieran Wilkinson, who also managed a conversion as they raced to 0-12 lead before Harlequins responded back with a touchdown from Cassius Cleaves in the 17th minute. Wilkinson was then sin-binned in the 32nd minute which also saw Villiami Taulani score for Harlequins before Sale were down by one more player, with Joe Carpenter also shown a yellow card.

Cleaves added his second at the stroke of half-time before Jack Metcalf's try in the added minutes put Harlequins into a lead of 17-24 at the end of the opening half. As Ross Chisholm and Carpenter exchanged tries at the start of the second half, the gap between the two teams remained at five points. James Harper then extended the Sharks' lead with a 63rd minute which proved enough despite a late score from Archie White.

Despite the win, Wasps are at third position in Pool 2 which is topped by Leicester Tigers followed by Newcastle Falcons at second place.

The Tigers have three wins now from four games as they are at top place in Pool 2 and now will qualify as the group winner unless Newcastle beat Northampton with a bonus point. Henry Arundell kick-started the proceedings with an early second minute try but a converted try from Bryce Hegarty in the 9th minute ensured the scores were levelled.

The trend continued for the remainder of the opening as Lucas Brooke and Hosea Saumaki exchanged tries to make it 12-14 before Juan Pablo Socino scored right before half-time to give Leicester the lead for the first time. Leicester were dominant at the start of the second half with tries from Sean Jansen and Hegarty making it 31-14. The visitors bounced back at the end of the third quarter with back to back tries from Phil Cokanasiga making it 38-26 with the only points in the final 10 minutes came from the boot of Dan Lancaster as Leicester completed a 15-point victory.

Wasps came up with an impressive six-try performance to beat Saracens 40-21 but their chances of going through the next round will depend on other results. Luke Mehson and Nizaam Carr scored first half tries for Wasps while Saracens' only response came from Rotimi Segun, who touched down in the 29th minute as they headed into the break with a 14-7 scoreline.

A second from Mehson in the second half extended Wasps' lead but his effort was negated with Sam Bryan dotting down in the 55th minute. Mehson continued his impressive form with two more tries but all Saracens managed in the final quarter was a try from Samson Adejimi.