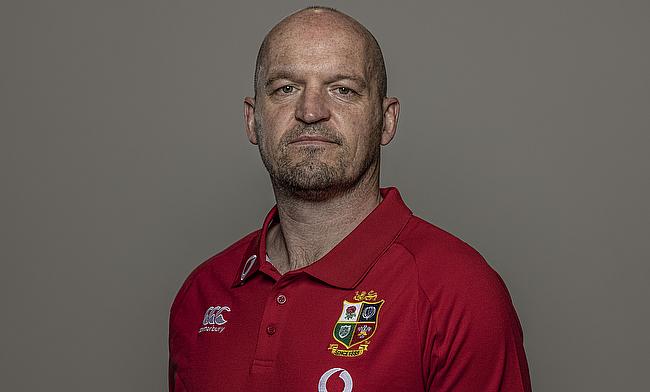 When it comes to a Lions Tour, there are three key announcements you have to keep your ear down to the ground for.

First, we learn who the Head Coach will be, and Warren Gatland was announced as the Lions Head Coach for a third consecutive Tour back in 2019, so then comes the next: who will be supporting the Head Coach.

On Tuesday it was announced that Scotland’s Head Coach, Gregor Townsend, will take up the position of Attack Coach, whilst his deputy, Steve Tandy, will step into the role of Defence Coach.

Finishing the coaching panel are two men well known to Gatland. Firstly, there is Neil Jenkins, Wales’ leading points scorer, who will be taking part in his sixth Lions Tour, filling in as a coach for the team on a fourth occasion.

Then lastly, but by no means least, is the man who served as the coach of Gatland’s forwards for his tenure with Wales, Robin McBryde. Currently an Assistant Coach with Leinster, Gatland was frank in admitting that McBryde, like Tandy, were not his first choices to accompany him on the Tour.

Initially preferring to call up either Steve Borthwick or Graham Rowntree to take charge of the pack and Andy Farrell, the trio were unavailable to take on those positions, opening up the door to both Tandy and McBryde.

Whilst Gatland may not have been able to secure the very first names on his hit list, the announcement does give you an insight into the third and final key announcement: squad selection.

If we’re all being totally honest with ourselves, selection is the thing we really care about. Now don’t get me wrong, these coaches being identified as some of the best in their field is amazing and they are more than deserving, but it is an indicator as to which players will be receiving letters to tell them to get their bags packed.

A key reason for this is that team cohesion is everything as the Lions have such a short period of time to prepare for this Tour. So, making coaches and players comfortable is imperative and each of these coaches can do just that.

Take Townsend, for example. Since taking charge of Scotland in 2017, Scotland have played one of the most exciting brands of rugby in the Six Nations and have beaten each side in the competition over four years.

Not only this, under Townsend, Scotland have overcome Australia, been within five points of the All Blacks and placed fourth in the Autumn Nations Cup. Scoring points has never been the problem and with plenty of weapons available in the nations backline it is clear to see why.

But who are the men key to getting Townsend’s attack firing? Well personally I feel that you have to look no further than mercurial fly-half, Finn Russell. Like Townsend did in 1997, Russell would bring an air of unpredictability as to how the Lions would be going about their business in each game.

Like when working on the axis with Greig Laidlaw, before the scrum-half ended his international career, if partnered with a steady head in the No.9 shirt, such as Ireland’s Conor Murray, then Russell could well and truly thrive in South Africa.

Gregor Townsend says he's glad that Warren Gatland has asked him to be part of his @lionsofficial coaching team this year, after he decided not to take him up on the offer four years ago.

Listen to the full podcast ??

Then further back on the field and you get to Stuart Hogg. Having filled in at fly-half against Italy, it is clear that the Exeter full-back is more than proficient in a Townsend attack. Added to this his steady boot, work in the air and leadership skills, it would seem as though it could finally be Hogg’s time to shine in a red jersey should he be selected for a third tour.

Scotland’s Duhan van der Merwe finished the 2021 Six Nations as the tournament’s top try-scorer with five scores. When watching the South African-born wing play, on first looks you notice how big he is and what a presence the 25-year-old has.

At 6’4” and 106kg, the Edinburgh man uses every fibre of his being to be a powerful runner, break tackles and get his team over the whitewash. Making 474 metres in the Six Nations (the second-most in the competition) across 44 carries and breaking 32 tackles, Van Der Merwe was certainly busy for Townsend and a more than reliable performer.

It is very easy to see how a player of his skillset could find his way into Townsend’s plans for this Summer.

Defending against the most physical side in the world

Just over three years ago Steve Tandy was sacked as Head Coach of the Ospreys following a poor run of form. To get back to the top of the game, Tandy went to Australia to coach at the NSW Waratahs in Super Rugby, before getting the call from Townsend in order to move back to the Northern Hemisphere.

Player of the Six Nations, Hamish Watson, made 55 tackles across five games and even picked up four turnovers along the way. As result of these performances, Watson is a favourite of many to be boarding a plane to the Southern Hemisphere in late June, even if there has been gripes around his size.

Elsewhere in Scotland’s team, Chris Harris has stepped up in many people’s eyes as someone capable of wearing a Lions jersey thanks to his defensive performances. One of the key men in organising the defence, the former Cumbrian-born centre always seems to be in the right place at the right time with a tackle and then can turn defence into attack with relative ease as an effective runner. 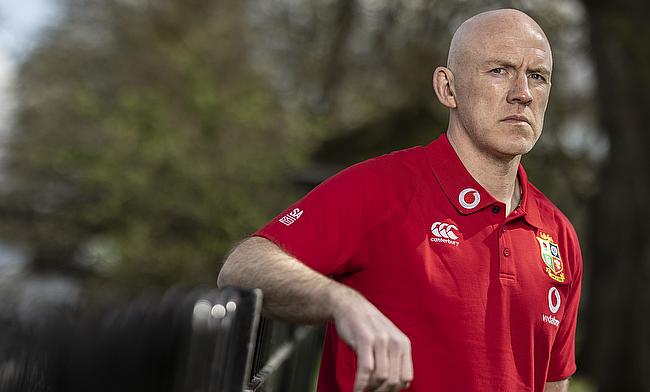 After asking Tandy what, for him, made the perfect defensive leader in a side, it was clear why Watson and Harris have thrived under the Welshman:

“I think it is just having a good understanding of the game, I think understanding the movements in the game. You have got to adapt a lot of the time, in particular in the current climate with yellow cards, red cards.

“You have got to think calm under pressure and know when momentum isn’t against you or when to maybe tweak something on the field. Also have that passion for defence and understand what it takes, look at a working week and then knowing that the mindset is.

“And, like I said, a good opposition of the opposition as well to what you bring in and your key messages for the week and the pictures that are unfolding right through the game. Loving defence has got to be the biggest one and understanding that calmness under pressure.”

Two men who certainly aren’t shy about putting the shoulder in are two men Tandy coached for a number of years at the Ospreys. Both of Alun Wyn Jones and Justin Tipuric. Tipuric topped the tackles-made charts for this year’s Six Nations with 86, whilst Jones made 75 tackles made over the five appearances he made.

Getting the pack right

Let’s round off this conversation with what McBryde will be bringing to the party. Having spent over 10 years with Wales, the 50-year-old is well known to plenty of the Welsh pack and is likely to renew well-formed relationships with the likes of a Jones and Tipuric.

Getting the set-piece up and running quickly is an absolute must for McBryde and is likely to be the item at the very top of his agenda one he joins the camp after Leinster’s Rainbow Nation Cup and Champions Cup endeavours come to a close.

Where better to start than The Sherriff, Ken Owens. At the age of 34, the Scarlets hooker has amassed over 80 caps for Wales and has been unflappable in a Wales jersey of late. Getting the lineout working is going to be essential work, which of course Jones is going to form a major part of that, but another player that could lend himself well to proceedings is James Ryan.

Bursting onto the scene a couple of years ago, Ryan has grown with every passing year and has become an important cog in the machines of both Ireland and his province. Leinster may also hold the key to the scrum within their ranks as well. 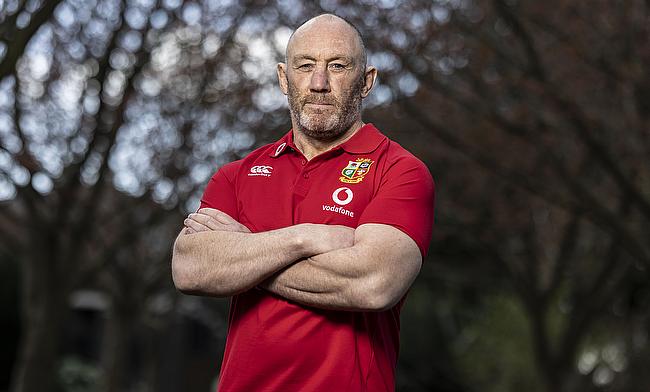 Robin McBryde was a Tourist in 2001
©INPHO

When it comes to tighthead prop, you can’t look any further than Tadhg Furlong. Yes, he is good in the loose, but more importantly when coming up against a Springbok pack, the 28-year-old is a more than reliable scrummager. Having started all three Tests in New Zealand in 2017, there is no reason, bar injury, that he cannot do the same thing again.

You can then look to a Cian Healy, who missed out on the 2017 tour in favour of Jack McGrath, has sprung back to form and with his working relationship with McBryde, the 33-year-old could be a good sounding board and leader within the squad.

A name more than worth mentioning is the Scarlet’s Wyn Jones. There is no doubt that the loosehead was the form loosehead of the Six Nations and was capped for the first time in 2017, whilst McBryde led Wales on their Tour of Tonga and Samoa.

Now, when all is said and done, this all could be waffle. None of the aforementioned players could be selected at all, but the keys to a successful Tour will likely lie in the relationships formed in the past to allow the side to gel quicker, given the compressed nature of Lions Tours.