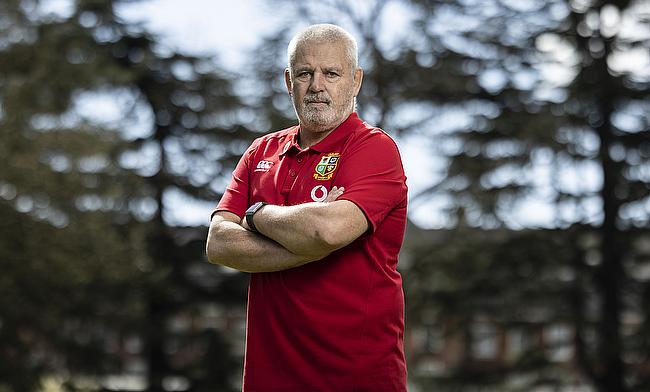 Being announced as a Lions coach, even just four years ago, most likely used to call for a day answering questions put to you by the media and then a trip to your local with friends and family to celebrate the achievement.

This year, however, was much different. Instead, just half an hour after the announcement, Gregor Townsend, Steve Tandy, Robin McBryde and Neil Jenkins were all huddled around laptops to face questions from the world’s media.

It was only a couple of weeks ago that the Tour to South Africa was confirmed and now that the Six Nations have concluded, attentions have now been able to turn to selection and the challenge at hand.

For Townsend, he was approached by Warren Gatland at the tail end of last year, Jenkins was arguably always on the plane, whilst both Tandy and McBryde were late call-ups.

We learnt over the course of several Zoom calls that some of Gatland’s first ports of call were to the likes of Steve Borthwick and Graham Rowntree to head up the forwards, whilst Andy Farrell too was unavailable to take up the mantle as defence coach.

So, the dye has been cast and all that is left to do now is take a look at the big topics still surrounding the Tour and what could be a once in a lifetime opportunity for players, coaches and backroom staff alike.

When it was announced that the Lions would be playing a game against Japan at Murrayfield, naturally everyone was pleased. However, when you looked at the date of the fixture, that grin would have noticeably lessened as you realised the game would be taking place on the same day as the Premiership Final.

Thoughts then wander to the idea that it is some sort of mistake and the someone has got wires crossed somewhere along the lines, but they hadn’t.

Since the announcement, Premiership Rugby Limited (PRL) have set out their stall in saying that they are unwilling to release players selected by Gatland because the game against Japan is outside of World Rugby’s Test window.

It is a scenario we have seen played out recently with Scotland’s rearranged Six Nations game in Paris. The fixture taking place on the Friday after the Six Nations’ showpiece weekend, the SRU and PRL came to an agreement over the release of some of Scotland’s key men for the game.

One player not selected was Saracens’ Sean Maitland, the wing’s club still a part of PRL even though they do not play in the competition, as a result of a restriction of England-based players that Townsend could call up.

Instead, Maitland started from the bench in the Championship against Richmond in West London. What the whole situation seemed to boil down to was money and whether or not the Lions are prepared to part with even more cash, for what is an already premium operation, is yet to be seen.

Steve Tandy and Gregor Townsend will be hoping to see several of their Scotland players included in the Lions squad to face South Africa this summer... #LionsRugby

Even back in October Warren Gatland suggested that the England players representing the clubs in the Premiership Final could have their selection prospects affected by the calendar clash. Even for those not involved, the blanket ban on player release could prove detrimental to their hopes of gaining a Lions Test cap.

“I think sometimes you just want the same opportunity as the home nation’s team and try to have decent preparation,” Gatland said.

“We are hoping for a couple of weeks in Jersey before we play that Japan game up in Edinburgh, I understand the Premiership Final is on the same day, I know we initially tried to get PRL to move that, but they weren’t prepared to do that.

“We are in discussions with PRL at the moment, so there has still been no final commitment from them on whether or not they are going to release the other players not involved in the Premiership Final, on the 13th of June, to go into camp.

“That is going to be a real challenge for us at the moment, because it is not just the English players, there is some Welsh players and Scottish players that are playing in England as well and the unfortunate thing is that I would hate to see some of those England-based players miss out because I am looking at our preparation time.

“I know how important that is, how vital that is, and trying to get a team together for that game in Scotland against Japan- I think sometimes that preparation is going to be key, rather than trying to put a team together to fly out to South Africa in the Sunday after the Premiership Final and then trying to play the following week, which is a real challenge.”

Gregor Townsend hasn’t been an assistant coach since 2012. Being the attack coach of the Lions is by no means a step down, however it is a change of pace for Scotland’s Head Coach.

Usually, Townsend is in charge of selection, but the Lion from 1997 will now be answering to Gatland for the coming months. You can look at Townsend’s inclusion in a variety of manners, the most popular being that the 47-year-old is being groomed to take on the top spot in 2025 when the tourists head to New Zealand.

But for now, the coaching panel must get a squad of 36 together to start preparing for this tour. When asked about the dynamic between himself and Warren, the former Gala man said that it would the New Zealander who had the final say, especially with a difficult process ahead of them.

“Warren will have the final say,” Townsend said, “he is the head coach and we have got to make sure that we discuss as many players we believe have got a chance of playing for the Lions and if there are some players we know, are all agreed on, it is probably easier to move on from them. 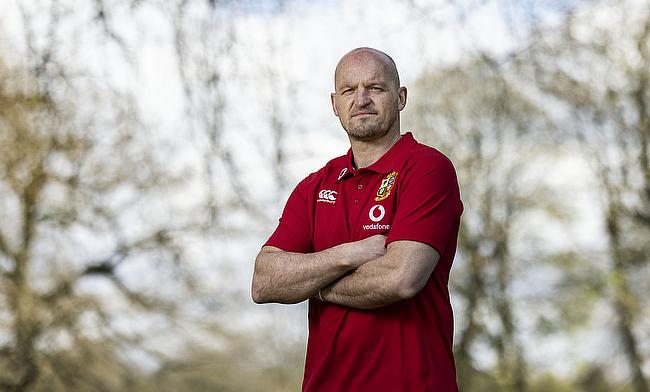 Gregor Townsend last served as an assistant coach in 2012
©INPHO

“But the ones where there is a bit of disagreement or there is a feeling that this player could thrive in a Lions environment, could thrive on a Tour, then we need to discuss that more.

“How they have played, who they are as a person and it’s really important we all give our views on that, because some coaches might know some players better than others so, so far that has been excellent and we will have more discussions over the next few weeks and May the fifth will be the important one, the day before the squad is announced, and that will be where we have to get down to 36, which is the biggest challenge, getting down to that number.”

Before Steve Tandy and Robin McBryde were penned in as the defence and forwards coach of the Lions, Warren Gatland had to face three rejections. In defence that rejection came in the form of Ireland head coach Andy Farrell, the 45-year-old instead choosing to focus on developing his Ireland team.

As for the forwards coaching role, the conversations were rather the same, with Steve Borthwick continuing an overhaul at Leicester Tigers and Graham Rowntree only fairly new in his Munster position. McBryde comes in having worked with Gatland as part of his hugely successful Wales tenure and as the current forwards coach of Leinster, arguably the best club side in Europe.

They may not have been first choice, but the Welshmen are world class and have had massive influences on the various environments they have been in. For example, when Tandy took charge of Scotland in the Six Nations, the side went from having conceded the fifth-most points in the Championships to the least.

Proving it wasn’t just a fluke, Scotland went on to concede the second-least this year, held England to six points at Twickenham and also won in Paris. It has been a meteoric rise for Tandy, who in 2018 was sacked from the Ospreys, before heading to Australia to coach the NSW Waratahs for two Super Rugby seasons. 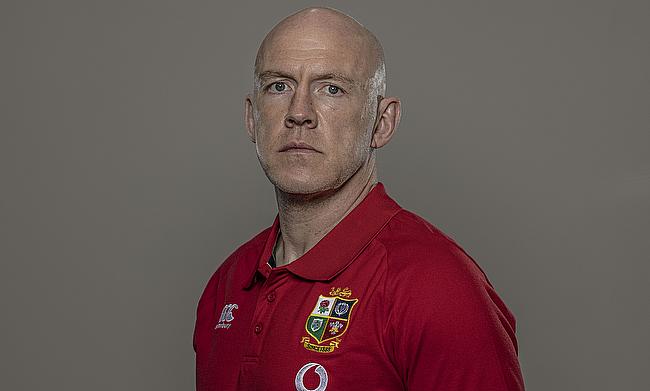 In some ways, that time in Sydney will serve him well for the Tour of South Africa. Based out of Johannesburg for two spells whilst with the team and as such has had a taste of touring life in the country.

Due to Covid-19 still plaguing the globe, it is unlikely to be the traditional touring experience, with safaris and day trips likely to be off the cards. So, coaches and staff must find other ways to occupy the players time when not focussing on rugby.

“We were staying in Johannesburg, twice we went out there,” Tandy told TRU. “You didn’t really go that far anyway, because you are in a community, so that was it.

“Hopefully we will be able to move around a little bit. Every environment has adapted to trying to make it not sterile for player and I am sure that between the four nations, there is lots of good ideas to keep the players stimulated and interactive and not just being rugby.

“We will find ways to take their minds away from the game at some point, but hopefully we will be able to move around a little bit.”

McBryde comes with similar experiences to Tandy, the 50-year-old having spent spells in South Africa with Leinster in the Pro14 to play the Cheetahs and Southern Kings. A Tourist in 2001, the former Wales hooker says that ‘it didn’t quite happen for him’ 20 years ago, but now has a ‘green and yellow bus’ in his rear-view mirror.

Carrying out his Leinster commitments until the Pro14’s Rainbow Cup competition against the four South African Super Rugby Franchises concludes. With plenty of Springboks on show, McBryde says that he will likely be making notes on some of the players he may be coming up against, but primarily is looking to help Leinster lift at least one more trophy this season.

“I think when you are playing a South African team and those individuals are playing for them, you are bound to note one or two things about them,” McBryde said. “You will take that information regardless. 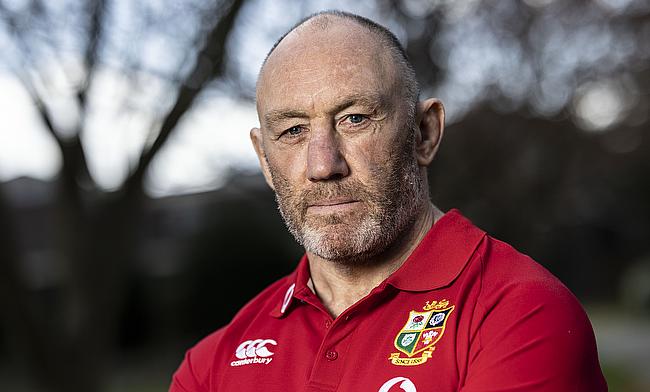 In 2009, 2013 and 2017, Robin McBryde led Wales' Summer Tours whilst Warren Gatland and Rob Howley were with the Lions
©INPHO

“Subconsciously you can write a couple of things naturally after watching a game. I am not going to mix things up too much in my own mind, I need to be able to put things in boxes. So yesterday and today, I will be parking that and moving on and then just leaving it.