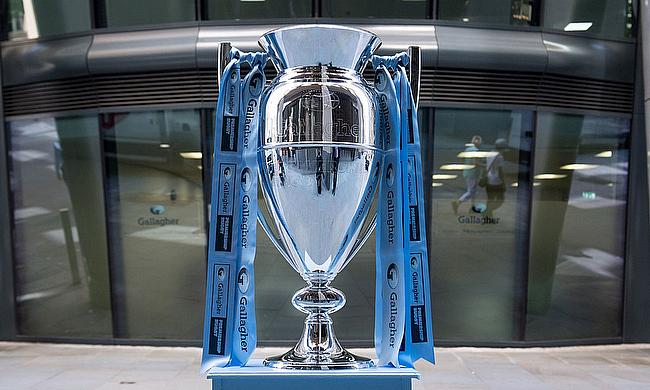 Gallagher has been the sponsor of Premiership Rugby since 2018
©PA

Premiership Rugby and Gallagher have announced renewal of their existing partnership on a multi-year contract.

Gallagher, one of the world’s largest insurance brokerage, risk management and consulting services companies, has been the title sponsor of the top tier competition since 2018 replacing Aviva.

Grassroots engagement has also been central to Gallagher’s partnership alongside its support of the professional game, including its sponsorship of Project Rugby.

Run in conjunction with Premiership Rugby and England Rugby, this ground-breaking community inclusion programme – which is set to welcome its milestone 70,000th participant – continues to break down barriers to participation in the sport and increase the accessibility of rugby to young people from under-represented groups and parts of society.

Having established itself as a professional sports competition of global relevance and reach, Gallagher Premiership Rugby now enjoys an international audience of more than 150 million households across 135 different territories, mirroring Gallagher’s own global footprint.

In the UK, TV audiences watching Gallagher Premiership Rugby have grown strongly. BT Sport saw a 16% rise in the average audience last season – a level of growth that has continued into the 2021-22 campaign.

Chief Marketing Officer of Gallagher Christopher E. Mead is delighted with the announcement.

“Gallagher Premiership Rugby is a league like no other; its combination of high-octane action and intense competition continue to attract an ever larger audience both in the UK and around the globe.

"That has taken the Gallagher brand into millions of new homes and businesses, created a better understanding of what we do and how we can help individuals and organisations manage personal and commercial risk.

"Through this new agreement, we look forward to strengthening a natural partnership between two increasingly globally-known and fast-growing franchises with shared values and ethical codes.

“Committing to extend our role as title partner will allow us to build on the fantastic awareness already generated by the partnership, deepen our connections with the communities surrounding the 13 Gallagher Premiership Rugby clubs and help us support local business partners with specialist advice and products tailored to their individual needs."

Meanwhile, Chief Commercial Officer of Premiership Rugby Mark Brittain added: “Gallagher Premiership Rugby has never been more compelling and exciting as it is today and together, with Gallagher, we have found new ways to keep fans engaged, expand our audience and attract ever greater numbers, as we have continued to work together to grow the game. We’re delighted to have renewed our partnership and look forward to building on the last four years for the benefit of everyone involved in club rugby.

“In what has undoubtedly been a testing period for the sports industry, Gallagher has proved itself to be a strong ally and responsive partner ready to meet head-on the challenges the global pandemic levelled at the rugby community.”