Premiership miss a gem in Diamond 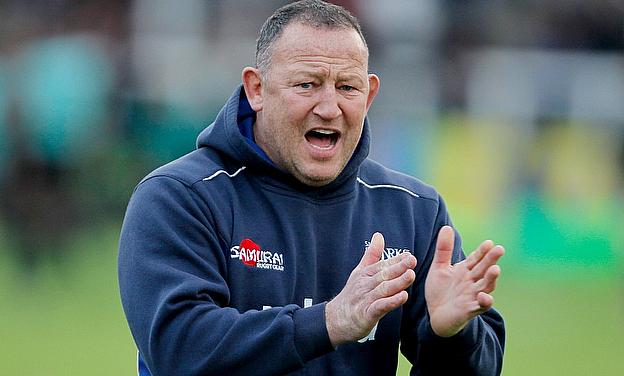 The shortlist for the Guinness Director of Rugby of the Season award was unveiled last week, with Rob Baxter, Mike Ford, Jim Mallinder and Dai Young comprising the final four.

All four have done sterling jobs this year in the Aviva Premiership, reaching or even surpassing expectations in the league, and you can make compelling cases for each and every one as to why they deserve the award.

Two-time winner Mark McCall was one to miss out, as was Leicester Tigers boss Richard Cockerill, but was anyone as unlucky to be snubbed as Steve Diamond?

Sale’s almost perennial place in the middle of the Premiership oft sees Diamond go under-the-radar when compared to the likes of McCall and Mallinder, both of whom see their clubs annually compete in the Premiership playoffs, frequently duelling off for English rugby’s greatest prize.

Something which is rarely mentioned however is the restrictive and handicapped situation which Diamond has to operate under at Sale.

Diamond does not have the budget that many of his contemporaries have to work with, often leaving him short-handed when trying to recruit new players, whilst the club’s recent trend of being unable to hang on to their home-grown stars is as debilitating as could be for a side which prides itself on its productive academy.

Whether it’s down to money or fear that their chances of England selection will suffer in the North-West, many of Sale’s brightest talents have packed their bags and headed south in recent years. The trio of James Gaskell, Kearnan Myall and Rob Miller have added significantly to Wasps’ successful campaign this year, whilst Henry Thomas is fast becoming one of the country’s premiere tightheads down at Bath, and all four would all but certainly be starting XV players had they stayed at Sale.

If Sale had deeper pockets and were able to invest in premiere talent to fill these voids, there would be less of an issue, but with the constant battle against Rugby League in the north, Sale frequently have to tighten their belts during the annual recruitment drive.

This, however, is where Diamond comes into his own as a Director of Rugby. Diamond is a recruitment savant, identifying impactful, experienced players who prove to be bargains and keep his team competitive with the high fliers in the Premiership.

There’s more than a little Del Boy about Diamond, and when Diamond dares, he tends to win.

Michael Paterson, Nathan Hines, Chris Cusiter, Magnus Lund and Daniel Braid are amongst Diamond’s latest inexpensive, inspired signings, all of whom were off the radar of Europe’s elite, but have been vitally important for Sale of late. The club may have just missed out on European Rugby Champions Cup qualification this year, but there’s no doubt these players have been key to providing a solid foundation for Sale’s future.

Just managing to keep Sale competitive in the Premiership whilst being hamstrung by the club’s budget and struggles to hold on to players should be enough to see Diamond a yearly fixture on the Director of Rugby of the Season shortlist.

That said, Diamond has now gone a step further than that remit, taking the bull by the horns and potentially reversing Sale’s most damaging trend – their inability to retain their best players.

Danny Cipriani, Sale’s most high-profile player, re-signed with the club this year, amidst heavy speculation of interest from Harlequins and a number of French sides. His commitment to the club and selection by England during the Six Nations this year will give the young English talent being nurtured by the club the belief that they can achieve both their domestic and international ambitions whilst remaining in the North-West.

We have seen this season the highly impressive, not to mention home-grown, trio of Tommy Taylor, Mike Haley and Josh Beaumont all sign long-term deals with Sale, whilst the veteran pair of Braid and Sam Tuitupou have also committed to another year at the club. Cipriani’s achievements and loyalty will have played a part in these deals, but do not underestimate the effect of Diamond, either.

It’s unclear whether or not Diamond sat Braid, who will eventually take on a coaching role at Sale, down and said “this time next year Braiders, we’ll be Premiership champions,” but it is surely in Diamond’s arsenal of recruitment techniques.  Plus a batch of deep sea divers’ watches and solid gold identity bracelets, obviously.

Sale have yet to make public much of their recruiting for the 2015/16 season, but given Diamond’s track record, Sale fans can expect plenty of bang for their buck, even if the crop is unlikely to feature the household names that some other Premiership clubs have snapped up.

With Diamond at the wheel, three-wheeled van or not, not only will Sale remain competitive in the Premiership despite their handicaps, but they’ll also be in the best possible situation to try and emulate their glory days of the mid 2000’s.