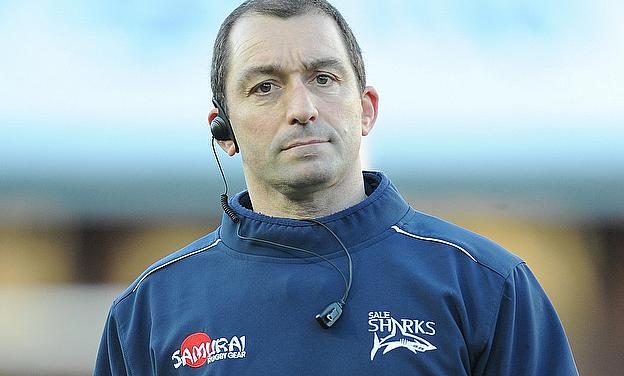 Bryan Redpath has left his coaching role at Sale Sharks with immediate effect, the Aviva Premiership side announced on their website.

The 43-year-old Scot ends an eight-year association with the Aviva Premiership side, having spent five years with them as a player and three as a coach.

Redpath returned to Sale in June 2012 as director of rugby after starting a coaching career at Gloucester and progressing to the top job at Kingsholm .

But with Sale struggling four months into Redpath's tenure, he was removed from the director of rugby role at the Salford-based side and has since been operating as head coach.

"I would like to thank the owners, coaches, players and staff for all their help and support since I returned to the club in 2012. Also to the supporters who have been great with me both as a player and as a coach," Redpath said.

The former Scotland scrum-half played for Sale from 2000 to 2005 and captained them to victory in the European Challenge Cup in 2002.

After retiring from playing Redpath climbed through the coaching ranks at Gloucester, before the lure of a return to the north-west took him back to Sale.

Sale Sharks owner Brian Kennedy thanked him for his service to the club, saying on the club's website: "He gave five years' sterling service to the club as a player and when he left us to join Gloucester where he was a big success as director of rugby.

"Since re-joining us in 2012 he has worked with Steve Diamond and helped guide the club to a sixth-place finish last season, and has helped give us an opportunity to have a similar or better finish this season. Bryan is a man I respect and I wish him well."

Director of rugby Steve Diamond also paid tribute to Redpath's influence and wished him well for the future.

"I would like to thank Bryan for his contribution to the club over the last three seasons," he said.

"Bryan played a big part in helping us finishing sixth last season and leaves us in good shape as we aim to finish as high as possible in the table. Bryan has also helped with bringing some of the youngsters through. I am sorry to see him leave and wish him all the best for the future."