Carter pivotal in All Blacks win 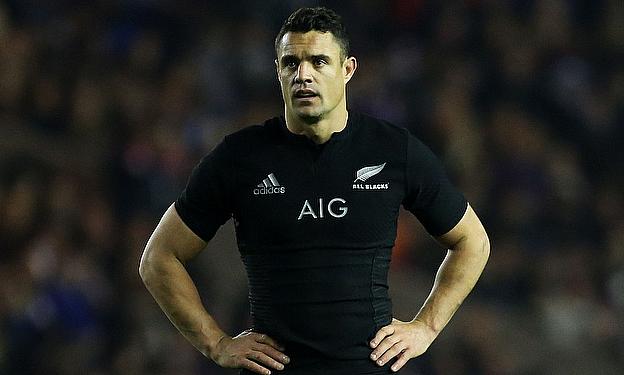 New Zealand resisted a second-half fightback from Samoa to win 25-16 in this historic match in Apia.

A weakened All Blacks side led 12-3 at half-time in their first ever game in the Pacific Islands.

Dan Carter kicked four penalties with Tusi Pisi slotting over a halfway line penalty in what was a very disjointed first half.

After the break, George Moala scored the opening try of the match on his debut for New Zealand, before two Pisi penalties and another one from the boot of Carter made the score 22-9.

Samoa then reduced gap to six points as Alafoti Faosiliva crossed over for the hosts to send the home fans into pandemonium, but Carter made the win safe with another penalty seven minutes from time.

After five previous meetings between the sides in New Zealand, this was the first time the All Blacks had played in Samoa. It was even a national holiday and it certainly was a great battle between two powerful sides in front of a sell-out crowd.

In winning, New Zealand maintain their 100 per cent record against the Pacific Islanders, but it wasn’t a polished performance from Steve Hansen’s men who were missing 17 first choice players due to the Super Rugby final which took place last Saturday.

The opening 40 minutes saw both teams committing a series of unforced errors, but it was the All Blacks who held a nine point advantage going into half-time.

Carter did the early damage with two penalties after New Zealand had enjoyed 90 per cent territory in the first 17 minutes as Samoa struggled to get out of their half.

There was some ferocious hits on display none more so than when Owen Franks collided with teammate Luke Romano, but overall both sides defences were staying strong in the first period.

Samoa then got their first points on the board when New Zealand skipper Richie McCaw was caught slowing down the maul and Pisi thundered over the resulting penalty from the halfway line on 22 minutes.

The best chance of the half went to the home side as Alesana Tuilagi almost wriggled away down the wing but just couldn’t find Tim Nanai-Williams with his pass.

New Zealand added two more penalties before the interval via the boot of Carter and interestingly, they rarely decided to go for the lineout drive option which is sure to be a major factor in the World Cup.

The expectant crowd may have felt less than impressed at half-time by the All Blacks who lacked creativity as they looked rusty in their first test of the season. The hosts weren’t much better as they gifted New Zealand possession, but the game sparked into life six minutes after the break.

After a powerful scrum, debutant Moala collected a wonderful cross-field kick from Carter and beat two tackles to go over by the corner. Carter converted to make the score 19-3.

Straight away, Samoa responded with a penalty from Pisi and minutes later, he struck the post from the halfway line as the All Blacks were conceding too many penalties for being offside.

It didn’t take long for Pisi to put that right as he found his range once again on 55 minutes to reduce the gap to 10 points.

Carter then knocked over his fifth penalty of the afternoon, but when the All Blacks seemed firmly in control, Samoa got themselves right back into the contest.

Faosiliva made the initial break from midfield after a turnover conceded by Sonny Bill-Williams, before the back rower completed the move.

He collected an offload and powered his way through a creaky New Zealand defence for the try which sent the crowd wild. Nanai-Williams converted and it was game on with 15 minutes to go.

However, despite Samoa’s valiant efforts, New Zealand managed to see the game out as a scrum allowed Carter to kick his sixth penalty of the day to give his side a 25-16 victory.

This was Samoa’s best-ever result against New Zealand, but you are not likely to see an All Blacks side so rusty and depleted again. Having said that, take nothing away from the hosts who proved stern opposition on this historic occasion.