Pick Your Team - All Blacks vs. England 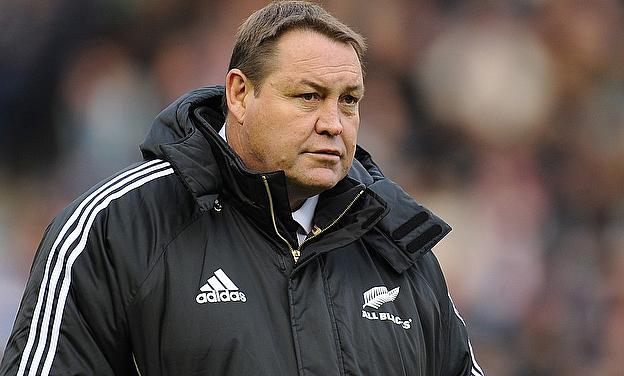 Who will Steve Hanson pick to face England this summer?
©PA

As the domestic rugby season now draws to its conclusion, rugby fans get ready to turn their gaze to the international stage and the looming summer internationals.

The pick of the tours is certainly England’s trip over to the World Champions very own backyard – New Zealand.

Talking Rugby Union’s man in the southern hemisphere, Scotty Donaldson, picks his full-strength team to run out against England…

The All Blacks will play an understrength England on June 7th in the first test of the June Internationals.  Who are you picking to make the All Blacks squad of 23?

Will the All Blacks selectors go for experience or youth?

England, on the other hand, will be missing their players involved in the AVIVA Premiership final, so they will be understrength, but with the All Blacks having a reputation to uphold and not wanting to give England any confidence to take from this tour heading into the Rugby World Cup 2015, I think there will be little room for sentiment by the All Blacks selectors.

There are some concerns with Aaron Cruden returning from injury, while Beauden Barrett is under an injury cloud. Also, Dan Carter probably won't be back by then.

Charles Piutau and Luke Romano will definitely miss this match, while Kieran Read is in a battle against time to recover from a head injury.

If Kieran Read won't play then Jerome Kaino, Luke Whitelock and Victor Vito are in the running.

The bench spots will be a battle. At lock, there is a strong chance that Patrick Tuipulotu will get a spot ahead of Stephen Luatua, Dominic Bird and Jeremy Thrush.

The back reserve spot should go to Cory Jane, Malakai Fekitoa or Ryan Crotty.  I would love to see Malakai Fekitoa get a spot on the bench to make his debut as Beauden Barrett could fill in at fullback if needed.

Selectors will probably put some new players on the bench given the strength of the England team and bring them on with 20 minutes left.

My All Blacks first test team

Who would you pick in the All Blacks squad to face England in their first test in 2014?