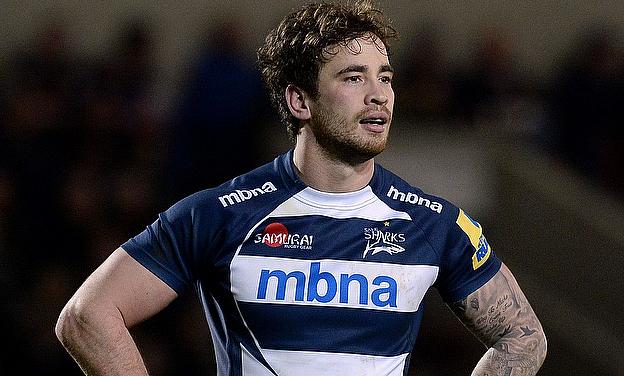 Danny Cipriani has impressed for Sale this season
©PA

Danny Cipriani is set to make his first appearance in an England squad since 2008 when head coach Stuart Lancaster names the players selected for next week's training camp.

Cipriani is expected to be included in an initial 18-20 strong party picked in preparation for the fixture against the Barbarians on June 1 and the looming tour to New Zealand.

The 26-year-old won the last of his seven caps in 2008, completing the return to favour of a gifted player who lost his way amid concerns over his attitude and celebrity lifestyle.

Cipriani's game-management has been key to Sale's sixth-place finish in the Premiership this season, just 12 months after the club flirted with relegation.

"I judge players on their form for their club. Reputation and what they've done in the past counts for something, but not everything," Lancaster said.

"Danny's definitely improved and Sale have played well. Danny has controlled the games really well. I'm pleased with what he's done and he's in the equation.

"His game management has been the key point this season. His kicking game has been excellent. As with all players, there are areas he can work on.

"If we bring him into camp, our first port of call with him will be to sit him down, go through his game and give him some feedback on what we're looking for.

"Fly-half is such a pivotal position in the team. Players like Freddie Burns, Stephen Myler, Owen Farrell and George Ford are already up to speed with our gameplan and plays.

"Danny would have to get up to speed with all of that and then deliver at international level in terms of execution.

"That's the challenge for players coming into an international side."

Additional players will be added to the squad after the Aviva Premiership play-offs, which are being staged this weekend.

Those involved in the final will miss the first Test against the All Blacks in Auckland on June 7 with the final touring squad expected to number 40 players.

:: To find out how you can get involved in rugby go to www.rfu.com/takingpart or follow on Twitter at @EnglandRugby