WIlkinson had huge influence on Carter 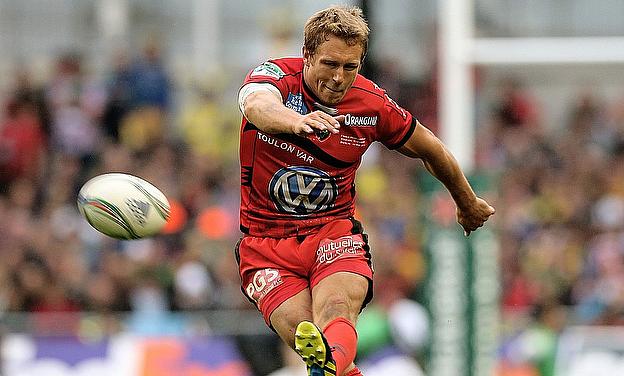 Dan Carter admits he could not have climbed to the top of world rugby without Jonny Wilkinson's workaholic precedent.

Wilkinson will retire in the summer after 17 years of professional rugby with Newcastle Falcons, Toulon, England and the British and Irish Lions.

The 34-year-old can still close his glittering career with a second consecutive European Cup title, with holders Toulon hosting Munster in the last four of the final Heineken Cup.

Carter said Wilkinson's exemplary attitude and determination forced him to raise his own personal standards, helping him forge a lasting career with the Crusaders and the All Blacks.

"If I was thinking about the best rugby players of all time he would be up there," Carter told Press Association Sport.

"What he's done for the game both on and off the field, he's played for a lot of years, had a lot of tough times through injury.

"But to see him fight his way back and achieve what he has over in France, it's just a huge testament to the guy and the character that he is.

"He's the ultimate professional, probably works harder than any other player in the world, and he deserves all the accolades, rewards and success he's had throughout his career.

"I don't model my game on any player specifically, but he's definitely a player I hold in high regard.

"When I came on to the international scene in 2003 he was at his prime, and he was a player that everyone was looking forward to watching.

"Just watching him and the way he went about his work, you heard and you could see the hard work that he put in on the training paddock.

"So for me to try to get to his level, I realised I had to work extremely hard, so I guess I learned that from him, that you can't fluke success."

Carter rounded off a three-week United States and Europe travelling stint by goal-kicking off a barge on the River Thames right next to Tower Bridge.

Carter is in the midst of a six-month sabbatical while he recovers from Achilles trouble, and expects to be fully fit by July.

Relishing the hard work ahead as he returns to New Zealand to fight for full fitness, Carter said he has long since had Wilkinson's example in the back of his mind as he pushes for continual improvement.

"There's just so much work that has to go in behind the scenes," he said.

"All the success I've had in my career is through the hard work and the sweat, and the extra sessions that you do outside of your normal training regime that helps you get to the top level, and stay there for a long time.

"I really admired him, had huge respect for him, and to see him retiring soon it's going to be a huge loss for rugby, but he can be hugely proud of what he's achieved and what he's added to the game of rugby."

Giteau and Mitchell sought out advice from Jonny Wilkinson