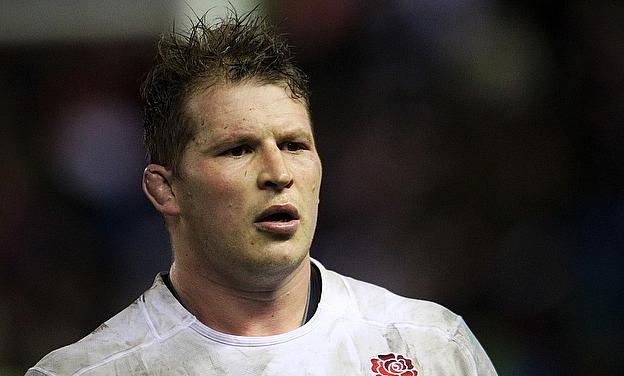 Hartley has been out for six weeks with a shoulder injury that is taking longer than expected to heal due to a failure to regain strength in the joint.

It is still unknown whether the Northampton hooker will be involved in Friday's Amlin Challenge Cup final or the Aviva Premiership final the following weekend.

England are facing a crisis in the number two role with Tom Youngs unavailable due to family reasons, David Paice ruled out through injury and Rob Webber a doubt because of a knee problem.

Lancaster, who delivered a more promising update on full-back Mike Brown's hip injury by stating he will resume training next week, revealed Hartley will be given until next Tuesday to prove his fitness.

"Dylan, as you've heard from (Northampton director of rugby) Jim Mallinder, is making slower progress than hoped for with his shoulder," Lancaster said.

"We'll monitor that with Northampton throughout the week and make a decision on him before we fly (next Tuesday). We'll wait and see how it plays out.

"With Tom Youngs, Dylan and David Paice out of the equation, if Dylan isn't going to be fit and Webber is 50/50, there will definitely be an opportunity for a hooker without much experience."

Even if Hartley does play for Northampton over the next two weekends, he will miss the first Test against the All Blacks as it is being staged a week after the Premiership showpiece.

A path has been cleared for Webber, currently England's third-choice hooker, to face New Zealand in Auckland on June 7 - provided he can overcome his own injury problems.

Webber has been added to the preliminary squad for the summer tour and fixture against the Barbarians with the ambition of hastening his rehabilitation.

Lancaster is "hopeful" both he and centre Billy Twelvetrees, who has been struggling with an ankle problem, will be available for the first Test after making "good progress".

England's head coach was even more positive over Brown, who sustained a hip problem in Harlequins' 31-17 play-off defeat by Saracens at Allianz Park.

The absence of Quins and Leicester from the Premiership final on May 31 has seen 18 players from the two clubs added to the preliminary squad.

"Mike won't train this week, but we're quite optimistic that he will be training next week. We fly on Tuesday," Lancaster said.

"So I don't think there will be any concern over him going into the first Test."

Saracens wing Chris Ashton, who is expected to join the tour after the Premiership final against Northampton, has been reprimanded for shouting "push-it" to Nick Evans of Harlequins as he was taking a conversion at Allianz Park on Saturday.

"Respect is one of the Core Values of rugby union," a statement issued by the Rugby Football Union read.

"The RFU head of discipline, Gerard McEvilly, has spoken to Chris about the incident, his responsibilities towards the game and his future conduct. The RFU will follow up the matter in writing."

Lancaster is aware of the incident and the action taken by the RFU and is to speak to his players about their "good and proper conduct, both on and off the field".