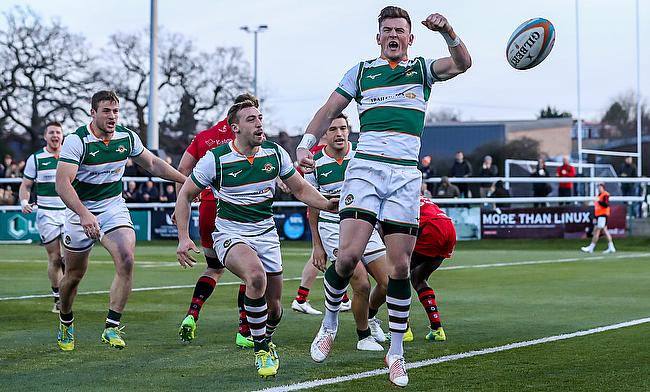 In recent seasons Rouen Normandie have risen through French Rugby.

A club that is only 11 years old, the side is led by former Bath and England scrum-half Richard Hill. Several promotions in the last decade mean that the club now finds itself in Pro D2, one promotion shy of the French top-flight.

The north of France is hardly seen as a rugby hotbed, with the south generally thought of as the home of the sport, but the club's ownership group have ambitions to make Rouen the dominant force in the north.

So far this off-season, the club has signed Phil Swainston from Harlequins, Carl Fearns from Lyon, Shane O’Leary from Nottingham and Peter Lydon from Ealing. Having begun his professional career with Stade Francais in Paris, the latter returns to France having spent several years in England representing London Scottish, Bedford and Trailfinders.

“I have always enjoyed French rugby and I have always had a soft spot for France,” Lydon told TRU. “I used to go quite a lot with my parents when I was younger and then that was my first opportunity in professional rugby with Stade Francais, so I have always had it in the back of my head that it is somewhere where I would quite like to go back and play.

“This past season with Ealing didn’t really go to plan, I wasn’t really getting the game time that I thought I deserved, so I said to my agent to have a look if there were any opportunities and Rouen, along with a couple of other clubs, have a guy there called PJ Gidlow, who I played with at Scottish and I think he talked me up to Richard Hill. So, he (Hill) called me, we had a chat and it seemed a pretty good fit and I made my mind up pretty quickly.”

There are clear parallels between Ealing and Rouen. Both clubs have a very clear plan in place: get into the top-flight. Lydon has had just one taste of top-level competition during his time at Stade Francais, a season in which the Parisians finished seventh overall with the Irishman playing seven times for the club primarily in European competition.

With a clear desire to be competing at the top level of domestic competition in whatever country he is playing in, Lydon is excited at the prospect of playing for Rouen and working with Richard Hill at the Stade Jean-Mermoz.

“I saw a lot of similarities of ambition between Rouen and Ealing," Lydon said. "I think Ealing are very much a club on the up, they have come from nowhere and that’s similar with Rouen. Richard Hill went over there, sort of had a project of developing rugby in the North of France and I think it has been three promotions in the last six years.

“There is a definite vision there for the future as well, which is exciting for me and from what Richard has said, Rouen as a city is a pretty thriving place, a lot of businesses are moving there because it is on the Seine and he said that French rugby was moving away from your traditional hotbeds down in the south of France and the clubs starting to dominate now are in the bigger cities that can attract players and better sponsorship.

“It sounded like a good move and a team that was very much looking to build. I still have ambitions of playing top level rugby, so it made sense to me to go to a club that was looking to aspire to bigger things, so I am really excited about it.”

Northern French rugby has certainly been on the up in recent years. La Rochelle have been the closest thing to  French powerhouse in French rugby, despite being halfway down the Atlantic. France’s fullback was made in the region, Anthony Bouthier’s performances for Vannes in Pro D2 gaining him recognition from Montpellier prior to international honours.

For Rouen, their time in the second division has somewhat been helped by Covid-19. Placed in the second relegation spot prior to the cancellation of the competition, the side were seven points from safety and Lydon admits that his main aim for next season isn’t direct promotion but establishing the club in Pro D2.

“You have got to be realistic, up until coronavirus hit last season, I think Rouen were second bottom,” Lydon said. “I think the goal for this season will be to establish ourselves in Pro D2 because it is still essentially our first season there. You look at the recruitment that they have done, and I have spoken to a couple of guys from my Stade Francais days and they have a couple of younger French guys that I wouldn’t have known about.

“Speaking to them, they are quite highly regarded, so by the looks of it, we have got a decent team. There is a couple of guys like Carl Fearns and Phil Swainston from England who are pretty good signings and Shane O’Leary who I know pretty well, so I am really excited about it and I think we’ll have a good set-up and hopefully we can gel quickly.”