Perfect six for Durham at the summit of BUCS Super Rugby 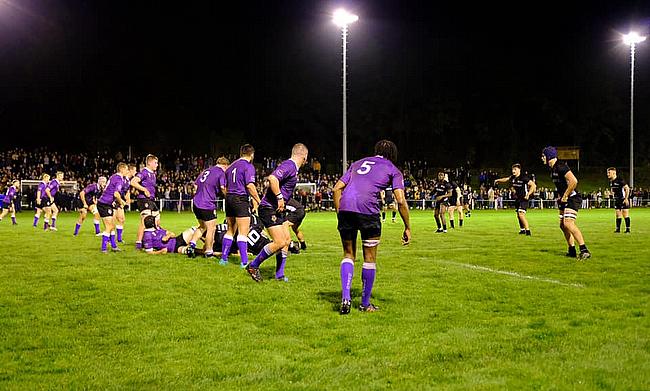 Exeter edge past Leeds Beckett to stay on top
Shanahan: 'Last year we lost too many lineouts and it cost us massively'
Swansea stun Bath to continue impressive start
Exeter and Cardiff make it two on the bounce

Durham University maintained their fabulous start to the BUCS Super Rugby season by edging past Cardiff Met in Wales.

With five straight wins to their name, Alex Keay’s side were able to grind out a victory in challenging weather conditions to earn their sixth successive win of the campaign.

The North-East club sit one point clear of current domestic champions Exeter and the top two sides in the division clash next Wednesday at Durham City Rugby Club.

Elsewhere, Swansea earned the South Wales bragging rights as they produced a brilliant performance to beat rivals Cardiff University whilst Leeds Beckett maintained their strong start to the campaign by defeating bottom of the table Loughborough.

Below, you can catch-up on all the latest action from university rugby’s top tier, plus we review the Women’s National League and take a look at some of our selected divisions.

Durham University head into next week’s top of the table clash against the University of Exeter with their 100 per cent record still intact. Alex Keay’s side followed up last Wednesday’s 23-6 win over Swansea University by triumphing in South Wales once again as they beat Cardiff Met 16-6.

The Palatinate are one-point clear having won all six of their matches, but Exeter have been able to keep pace with the North-East outfit. The Green and Whites weren’t in action on this week, but in their last fixture at the end of October, they defeated Loughborough University 31-16 to set-up a mouth-watering clash with Durham.

Watching from afar will be third-placed Swansea, who seem to be enjoying every second of being in BUCS Super Rugby. The Welsh outfit, who are the newcomers to the division, bounced back from their loss against Durham last week to produce a superb display in their derby day meeting with Cardiff.

The Swans were able to be beat their arch rivals 24-10 in dreadful weather conditions as Cai Davies and Max Nagy both grabbed tries whilst Phil Jones and Gwyn Parks shared the kicking duties.

Leeds Beckett have played one fewer game than the top three and after hammering the University of Bath 52-26, they kicked off their fixtures for November with a solid 20-0 win over bottom of the table Loughborough. Scores from Will Routledge (2) and Gareth Davies secured a fourth win of the season for Beckett, who sit seven points behind Durham as things stand.

Kerry Wood’s men were last year’s BUCS Super Rugby Championship runners-up and they fell at the final hurdle against Hartpury, who currently sit fifth in the division. The three-time winners of the big prize haven’t been in action for the last couple of weeks and they will be itching to return to winning ways after losing 24-3 to Cardiff Met (6th) at the end of October.

Cardiff Uni have played more fixtures than any other side so far this season (seven games), but they head into next Wednesday’s clash with Bath on the back of five straight defeats. Having lost to neighbours Swansea this week, they were also defeated 32-24 by ninth-placed Northumbria University and now Cardiff are only five points clear of the relegation places.

Similarly to Durham in BUCS Super Rugby, the University of Edinburgh have made a flying start to the Women’s National League campaign. They entered November with three straight wins under their belts and they were able to add to their tally as they defeated third-placed Northumbria 34-5.

Edinburgh have a six-point cushion over nearest challengers Cardiff Met, who edged out champions the University of Exeter in Round Four. The Welsh outfit won 31-27 in Devon and it is now back-to-back wins for Met.

Last year’s BUCS Championship finalists, Durham University, put a difficult start to the term to one side as they clinched their first win of the campaign on Wednesday. The North-East club beat Hartpury 25-19 and they will be hoping that can ignite their season in this newly-formed division.

Nottingham Trent University remain on top of the northern section in Men’s Premier 1, but their 100 per cent record did come to an end last week. NTU lost 28-20 against Newcastle University at home, but David Ross’ men hit back with an away 26-15 victory over the University of Edinburgh.

Trent are six point clear of city rivals the University of Nottingham, but their near neighbours have a game in hand. Since defeat to NTU on the opening day, Nottingham haven’t looked back and they are currently on a four-match winning streak including recent victories against Loughborough 2nds (31-18) and Durham 2nds (33-15).

Newcastle are accommodating the bronze medal position as things stand. Like Nottingham, they have also strung together four straight wins, with their latest triumph being a 13-0 win over the University of Leeds.

Darren Fearn’s side have also been in the wider press this week as sevens star Femi Sofolarin has joined the Scotland set-up after appearing for England on the World Sevens Series circuit last season.

Back to back wins for the University of Birmingham has lifted the Midlands club up to fourth in the table. A 29-14 victory over fifth-placed Edinburgh was followed by an eye-catching 55-7 triumph against Loughborough 2nds to begin November.

At the wrong end of the table, Durham 2nds and Leeds are separated by just three points and the former were able to create a gap at the bottom after claiming a 12-8 win against the Yorkshire outfit last Wednesday.

In the south, Hartpury 2nds’ 100 per cent record has continued following successive wins over Cardiff 2nds (28-8) and the University of Bristol (37-31). The Gloucestershire side have won all six of their fixtures and hold a seven-point advantage over Exeter 2nds, who do have a game in hand.

Bristol are only three points behind Exeter, who are their next opponents, and the West Country institution will be keen to return to winning ways next week, with the third-placed side last tasting victory against Cardiff Met 2nds (24-15) at the end of last month.

Elsewhere in the division, Bath 2nds won the battle at the bottom this week as they defeated St Mary’s 18-17 to move one point clear of last place.

Leeds Beckett 2nds have manoeuvred their way to the summit of Men’s Premier 2 North thanks to a 100 per cent start to the season. Recent victories over the University of Glasgow (37-24) and in particular Manchester Met (16-13), means the Yorkshire club sit four points ahead of the University of Sheffield.

Second-placed Sheffield weren’t in action this week but concluded October with a thumping 61-7 win against the University of Manchester and with MMU losing out to Beckett, it means the men from the Steel City remain in the silver medal position.

As for Manchester Met, Rob Jones’ side are now six points off the top after they were unable to kick-off November by building on their 24-7 victory over Glasgow. City rivals Manchester are fourth and they were able to bounce back from their humbling loss against Sheffield by claiming a 22-10 win against the aforementioned Glasgow this week.

There was better news for a Scottish institution on Wednesday as the University of Strathclyde sealed their maiden victory of the campaign by beating Bishop Burton 29-22.

As for the south side of the division, Exeter 3rds are still out in front after a 34-30 win over fourth-placed UWE and with rivals Hartpury 3rds not in action this week following their 29-5 victory against the University of Portsmouth at the end of October, it means the Green and Whites still hold the advantage at the summit.

Below the top two sit Reading University who were also not involved on the first Wednesday of November. However, back to back wins, including a 13-3 away triumph at Brighton, leaves the Berkshire club in a healthy position. Meanwhile, fifth-placed Portsmouth secured their first win of the season this week as they defeated bottom of the table Gloucestershire 26-3 on the south coast.