Shanahan: 'Last year we lost too many lineouts and it cost us massively' 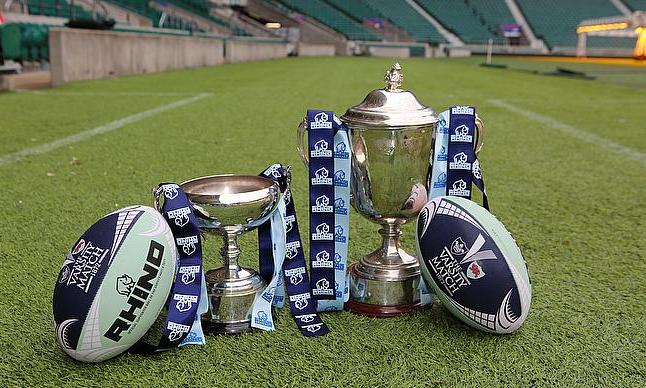 Swansea stun Bath to continue impressive start
Exeter and Cardiff make it two on the bounce
BUCS Super Rugby is the goal, but new-look Newcastle won’t be rushed
The Varsity Match 2018 - Can Cambridge make it a double success again?

Preparation for the Varsity Match in December is like a long pre-season, according to Cambridge Head Coach James Shanahan.

You can understand the point he makes. Results are irrelevant at this stage, with all that matters being the 80 minutes at HQ on an afternoon in December.

Speaking to Talking Rugby Union post the annual Town v Gown fixture between the Light Blues and their Cambridge RUFC counterparts, Shanahan was quick to highlight his appreciation for the long-running fixture continuing to take place.

“The thing about Cambridge (City) that I’ve known for years is that they don’t give up easily. They keep coming and coming.

“At the end of the day we want fixtures. If Cambridge using their fringe players and few other boys means we get the fixture we want, then that’s fine”.

Enjoyable match as @CURUFC are edged out by @CoventryRugby Nighthawks. Development was the name of the game for both sides, and it feels that they will each have plenty to take from it.https://t.co/is1gVo5Wo0 @VarsityMatch

At this point of the 'Autumn term' it is very important to manage the workload, especially that of senior players coming in such as international players James Horwill and Philip Van De Merwe and professional player Charlie Watson from Saracens.

“They’ve been training and been around, but they’ve just been easing back into it,” Shanahan told TRU. “It is important to manage their workloads at this point. They won’t play every minute available between now and Varsity as there is simply no point in them doing so.”

Talking specifics was big on Shanahan’s mind in the immediate aftermath of the fixture, with him keen to point out the set-piece as an area for improvement.

“The scrum got better as the game went on, once it was legal. Lineout wise, we could make improvements as we lost a few lineouts, but when we did retain the ball, our drive-game I felt was really strong.

“Last year (at Twickenham), we lost too many lineouts and it cost us massively in terms of field position and opportunities to score points. It’s something that will cost you if you don’t get it right against any side, whether that be at Level 5 or international level.

“It is something that we will improve on. Hopefully by the time we get to varsity, it is functioning well and we’re regularly hitting the 90 plus success rate that will be required for such a big game”.

There are various components that need to be added to the Light Blues’ armoury before the fixture against their fierce rivals. It is something that will come game by game, according to Shanahan, before a fully-fledged dress rehearsal against the Mickey Steele Bodger XV at Grange Road 14 days before the big one.

How much do these @OURFCblues and @curufc players know about former blues at the RWC? ???
?
Not as much as you would think ???
?#VarsityMatch2019 #RugbyWorldCup #RWC2019 pic.twitter.com/L1y6iAjV1f

“This is like a long pre-season, with the added bonus of games within it,” Shanahan said. “Usually you get an eight to 12-week pre-season with three or four pre-season fixtures at the back end of it.

“With this, we’re having games each week. You’ve got to manage the boys, manage the workload that they’re getting through. Then we look to build layers. Each week I’ll add a different component that the players won’t consciously realise, but then it’ll hopefully all roll together into a dress-rehearsal two weeks before at the Bodgers game”.

In Shanahan’s opinion, his squad was very well prepared for what was ultimately a defeat last year at Twickenham. However, he now feels that his side may just have the added edge they need to get over the line this time around.

“I feel that we were really well-prepared last year. Nick Koster was a fantastic captain and leader of the group.

“I just feel that ultimately we didn’t have a good enough squad last time around. I felt that Oxford were the better side going into the match.

“I hoped that we could put out a performance on the day to the best of our ability and hope Oxford had a slight off-day. I felt that was the case at 9-3 up, 37 minutes into the game. Unfortunately, a missed kick to touch and a bit of individual brilliance from Ben Ransom turned the game on its head, and they go in at 10-9 ahead.

“After that they never looked back. I think this year we will be as well prepared as we can be, but that added experience of players like Philip, James and Charlie Watson from Saracens, as well as that experience of defeat from last year, may just give us an added edge.”