Scott Williams to switch to Ospreys from Scarlets next season 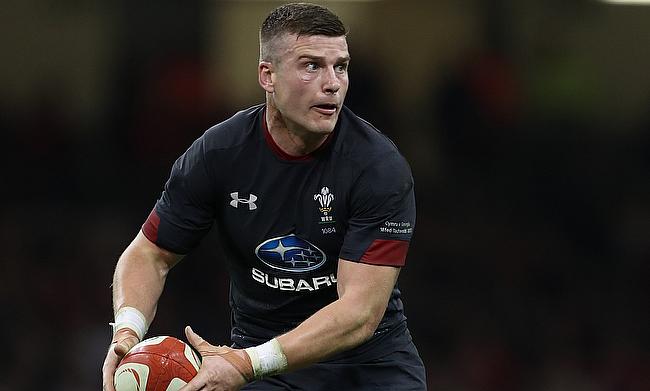 Wales international Scott Williams has announced his decision to switch from Scarlets to Ospreys next summer.

The 27-year-old has been with Scarlets since 2009 but will move to the Liberty Stadium next summer after signing a three-year deal with Ospreys.

"I hope it goes without saying that this has not been an easy decision for me, but ultimately, I feel it is a move that is the right option for me at this time in my career," Williams said, in a statement released by the Ospreys.

"I've loved every minute of my 11 years at the Scarlets. I will always be grateful to the board, (Scarlets head coach) Wayne (Pivac) and his team, and all associated with the club, for their support over those years

"I am now looking forward to a fresh challenge at the Ospreys.

"I'm excited about the their mid and long-term plans and goals, and my role there as a senior player. I hope it will allow me to continue improving and developing, both as a player and as a person, which is a great motivator for me."

Meanwhile, Ospreys head coach Steve Tandy is pleased with Williams joining the club which he believes will be a big boost to their ambition of competing at the highest level.

"Scott is a quality player who has consistently delivered at the highest level of the game and would be a welcome addition to any squad.

"He is someone we have admired for some time, a leader who has captained Wales and the Scarlets, and he is the kind of signing that excites supporters.

"For us to secure his signature in the face of real competition is a significant statement of intent about what we are trying to do at the Ospreys and our ambition to ensure we can continue to compete at the top end."

Scarlets general manager Jon Daniels also confirmed the news on Williams and thanked the 6ft centre for his contribution to the club.

"Negotiations to retain Scott have been ongoing for some months, but today we can confirm he will be leaving us at the end of the season.

"Sometimes, despite everyone's best efforts, a player decides the next chapter of his rugby career should be at another club.

"We would like to thank Scott for his services to the Scarlets, not only as a player, but also as vice-captain and captain, leading the club with pride."

Williams recently made his 50th appearance for Wales in the recently concluded autumn international Test against New Zealand.