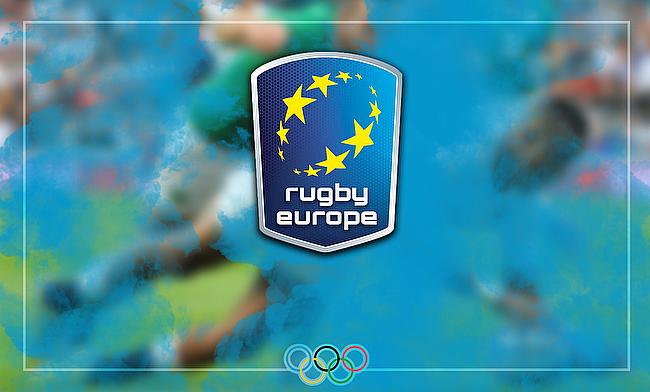 With a place at the 2020 Tokyo Olympics on the line in Colomiers, Talking Rugby Union will be in France for the event and with some of the World Series’ biggest names taking part, Joe Harvey has penned his preview ahead of this weekend’s action.

Hosts, France, are undoubtedly the big name in this pool. With plenty of World Series experience in their team, fans will be hopeful that the home nation can progress comfortably into Sunday’s knock-out rounds against less established opposition.

Portugal and Italy certainly do have rugby heritage in the 15-a-side game, but not much can be said about their standing in sevens.

Portugal did register a solitary point in Hong Kong this season, but other than that, they were pretty ordinary. Italy are virtually unknown coming into the competition but will have good rugby understanding and may even surprise some people watching at home.

Matt Bradley had a very solid season in Sale FC's debut campaign in #Nat1 and now the scrum-half is hoping to aim high again with Hungary in an Olympic qualifier this weekend!https://t.co/8HqoXuAFbE

The final team in the pool are Hungary. Cambridge’s Richie Williams serves as Technical Director for the emerging nation and told TRU earlier this week:

“Everybody involved with Rugby Hungary is really excited. They’re talking about getting a busload of supporters to drive down to Toulouse to go and support the lads. They’ve really got on board and I think it’s a reward for three years of hard work for everybody on and off the field.”

Having been given access to the Hungary side that will be battling it out to surpass all the odds this weekend, it will be extremely interesting to see how they fare in France.

Ireland have burst onto the sevens stage and look set to stay for years to come. Captained by Billy Dardis, the side have upset countless World Series mainstays throughout the season and could be at it again in Colomiers. Without bearded talisman Mick McGrath, Ireland won’t be at full strength, but will surely be backing themselves in the competition.

Here is the Ireland Men's 7s squad who will compete at the @rugby_europe Qualifier in Colomiers this weekend.

Finishing in a more than honourable 12th position in the World Series, Spain actually had a better domestic season than the Irish, who only accumulated 19 points, in comparison to Spain’s 49. This will no doubt be giving them confidence in the south of France and it will be good to see them play following Ricky Andrew’s praise of them in recent weeks.

Coached by the legendary Waisale Serevi, Russia will no doubt be playing with some of their coach’s flair in the sunshine. Showing promise at times, Russia could be the dark horses of this pool. Ukraine seem to be a side destined to only play in the group stages and with little known about the team, it’s difficult to say what they could produce over the weekend.

Possibly the biggest team in this competition, England haven’t enjoyed the best of seasons on the World Series, finishing fifth overall and not getting to any finals in any of the 10 stages of the competition. With Wales and Scotland pinning their Olympics hopes on Simon Amor’s side as well, England can’t afford any slip ups this weekend.

We have seen Germany on the World Series at times over the years, but in more recently, they have been seen in the 15-a-side game. Unfortunately, little can be said for Georgia and Lithuania at this moment in time, but like the other sides that are relative unknowns heading into this competition, they are good enough to have qualified, so we can expect them to have some competitive edge.