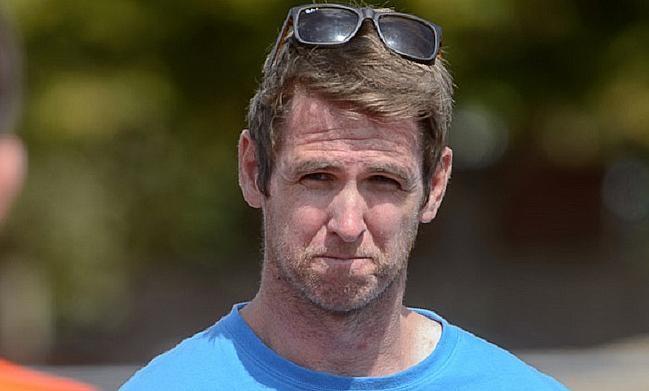 This weekend will see Cambridge Director of Rugby Richie Williams take a break from his role in National One as the Welshman aims to lead Rugby Hungary to the Olympic Games.

Taking place in Colomiers, 12 sides will compete in the Olympic qualification event, in which the winner will automatically qualify for the Games in Tokyo next summer. Williams, who is the Performance Director for Hungary, will see his side rub shoulders with the likes of France whilst England and Ireland will also be in the Toulouse suburb as teams set their sights on making their plans for next summer more certain.

“We find ourselves with the big boys in Europe, which is a fantastic achievement,” began Williams. Three years ago when I started over in Hungary, we met as a sevens group and outlined a vision of where we thought the sevens team could go.

“We spoke about playing the likes of France, England, Spain, some of the bigger European countries and its sort of all come to a head and we’ll be in this big tournament. It will be the biggest and highest level that Hungary has ever competed at and the boys are fully aware that they’ll be huge underdogs going into the tournament.

“Everybody involved with Rugby Hungary is really excited. They’re talking about getting a busload of supporters to drive down to Toulouse to go and support the lads. They’ve really got on board and I think it’s a reward for three years of hard work for everybody on and off the field.”

After a successful 3-0 first day for @Rhodri_7 & @Jamaica_Rugby we wish them all the best today! #OneStepCloser pic.twitter.com/xDghTQcg5X

Williams isn’t the only member of Cambridge RUFC that has been aiming for Olympic glory. Recent signing from Richmond, Rhodri Adamson got to the final of the North American qualification tournament with Jamaica, but lost out to Canada. Finishing as runners-up Jamaica’s hopes of getting to the Olympics is merely on hold, as the nation has now qualified for a repechage tournament, giving them further hope of getting to Japan.

In terms of Hungary, they come into this qualification tournament as underdogs. Despite this, Williams believes that being exposed to playing against fully professional sevens sides will benefit both the players and the sport back in Hungary.

“Internally for rugby in Hungary, it will certainly help with the popularity of the game because it’s still a minority sport,” Williams said. “It’s still behind football, handball and a lot of other sports, so I think the profile of playing in such a high-level tournament will raise a bit more awareness of rugby in Hungary.

It is clear that Williams’ role with Hungary has become far more than a job and he is extremely thankful to the likes of Gabor Stiglmayer for getting him involved with the country’s international setup following a tour with the England Counties U20s. Nearly four years into his time with the emerging nation, Williams says that playing against France in particular, is something that was only joked about when he first began his role with Hungary.

Looking forward to this. Great reward for 3 years of hard work for all @RugbyHungary ?? Little fish in a big pond #olympicqualifiers ????https://t.co/lFHeQnfx92 https://t.co/Fb6uG0M7kf

“When I first started, the manager of the Union and I joked over a beer about one day playing against France in France and its sort of happening, so it’s going to be a really special occasion,” Williams said. “A lot of our players are based in France, born there, or have a strong affinity with the country, so for them on a personal level, it will be pretty special.

With several of the Hungary players using the international training centre in Budapest, the squad will join up on Wednesday ahead of their big weekend in France. Playing just below the Rugby Europe Grand Prix, there can be no doubt that Hungary will be competitive this weekend.

“It will be tough, we’re under no illusions of the size of the challenge that’s in front of us,” Williams continue. “If you look at our group, France will be one of the favourites to win the tournament and then you’ve got Portugal and Italy that we’ve done a lot of homework on.

“We’ve got a game plan that we think can really challenge those teams and we’re excited about it. It’s probably a bit like Jamaica at the Winter Olympics, like in Cool Runnings. Hungary are playing in this tournament and no one would probably have envisaged that.”

After this weekend, Williams will be getting stuck into preseason with Cambridge. After a mixed first year in charge, there have been changes to the coaching staff as well as an influx of players to the established National One side.

As the season comes to a close, from all of us at Cambridge Rugby ?? we would like to thank each and everyone of you for all the support through this challenging season, we would like to thank the sponsors and everyone who has helped make this club what it is today. All the unsung hero’s we thank you as well. It’s been a memorable 2018-2019 season. We now look forward to the 2019-2020 season, enjoy the off season and we will come back with a bang ???????? #cambridge #rugby #england #cambridgerugby #england #brother #team #squadgoals #16thman #club

“We’ve been enriched by the experiences that we had last season and that last couple of weeks has probably invigorated the players,” Williams said. “I think a lot of the guys that were involved in that game up in Sale in the last game of the season, the emotion of that occasion, we can probably ride on the back of that going into preseason.

“There were some deficiencies in our game last season, and we’ve addressed that with some of the signings that we made. Also, I think that by downsizing the coaching team, it has given us a real sort of clarity about where we want to go next season.

“Those things coupled with a lot of good work being done off the field, it makes it very exciting for us this season and ideally for us, we don’t want to be in the same position that we were last season. I think we will be a lot stronger. For me personally, I’m a year wiser after going through those things that we went through last season.”