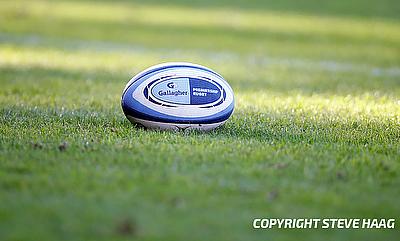 Wasps have announced that inside centre Olly Hartley has signed a new contract with the club and has been promoted to the first-team ahead of the 2022/23 season.

A product of club's Academy pathway, he made his debut against Newcastle Falcons in the Premiership Rugby Cup. The 19-year-old was named in England Under 20 Elite Player Squad earlier in the year but pulled out of the U20 Six Nations tournament due to an ankle injury.

“I’m really happy to have re-signed at the Club. I’ve been here since I was 13-years-old and there is no place I would rather be," he told the club's official website.

“I’m looking forward to seeing what the future holds in Black and Gold. There are hopefully some exciting times ahead.

“I can’t wait to be back stepping out at Coventry Building Society Arena soon.”

Wasps are positioned fifth in the Gallagher Premiership table with eight wins from 15 games and will face Harlequins next at Twickenham Stoop on Saturday.