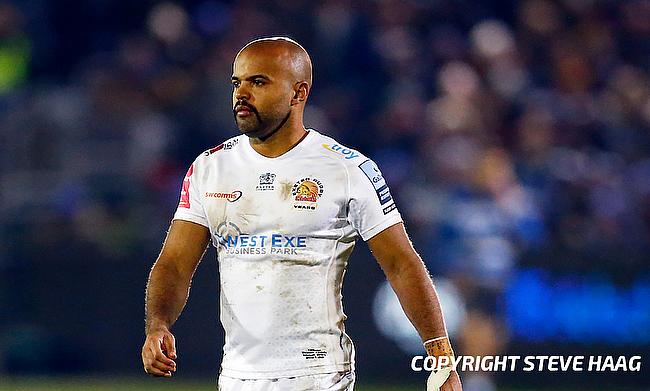 Alfie Barbeary and Paolo Odogwu scored tries in the final two minutes as Wasps came from behind to edge out Exeter Chiefs 27-26 in the 15th round of the Gallagher Premiership at Sandy Park on Saturday.

Both teams now have seven wins from 14 games with Wasps positioned sixth with 37 points while Exeter are at seventh place with 36 points.

Odogwu started the proceedings for Wasps as he dived unopposed in the 4th minute but Jimmy Gopperth missed out on the conversion. Exeter responded back in the 14th minute as Jannes Kirsten, Hendrickson and Dafydd Jenkins combined to send Tom O'Flaherty over the line and Joe Simmonds kicked the conversion to make it 7-5.

The lead was short lived for Exeter as Gopperth kicked a straightforward penalty chance in the 24th minute but Rob Baxter's men had the strongest finish to the opening half as Lewis Pearson capitalised on good work from O’Flaherty and Sam Maunder to crossover.

In the 36th minute, Olly Woodburn sent a perfect pass for their third try that came through Jack Innard and Joe Simmonds kicked the conversions on both the occasions to ensure Exeter completed the opening half with a 21-8 lead.

It took Exeter just one minute into the second half to get off the block as Richard Capstick dived from close range ruck to dot down but Joe Simmonds' conversion went wide.

Joe Launchbury led from the front as he helped Wasps make a comeback with a 48th minute try and Gopperth followed with the conversion to make it 26-15.

As the game entered the final 10 minutes, Exeter thought they had control but Barbeary released from England's training camp dived over the line with two minutes left and Gopperth's conversion made it 26-22 and the decisive moment came when the visitors worked the ball to the right flank allowing Odogwu to complete his second and more importantly helping his side clinch a thrilling one-point victory.