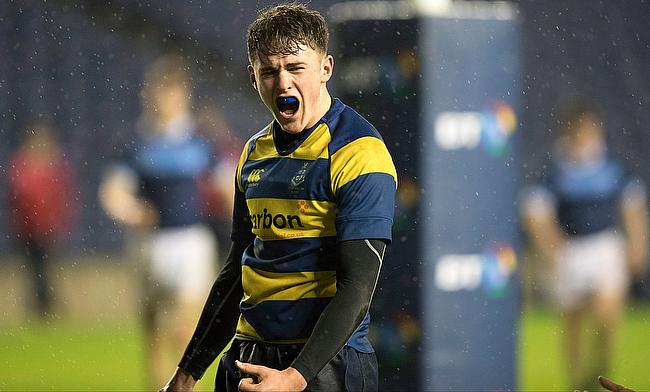 Scotland make eight changes for series-decider against Argentina
McConnell is on a learning curve, but the 18-year-old is impressing many
Thompson aims to seize 'great opportunity' on South American tour
Ben Muncaster has his feet firmly on the ground, but is ready to fly with Scotland

Alison and Gavin Smith have been out in Chile and Argentina for the last few weeks and despite the fact they have now had to return home, there will be no prouder people watching the third Test between Argentina and Scotland on Saturday.

That is because their 21-year-old son, Ollie, will be making his full Scotland debut at full-back after impressing for Glasgow Warriors during 2021/22 and against Chile in the first South American tour match a few weeks ago.

It will be an occasion tinged with all sorts of emotions for the Smiths and their daughter Hanna because Patrick - Ollie and Hanna’s brother - passed away in an accident in 2019 and always dreamed of seeing his sibling represent his country.

He will not be far from Ollie’s thoughts in The Estadio Único Madre de Ciudades in Santiago Del Estero and it should be a cracking game to finish the three-match series with the teams tied at 1-1.

Andrew Henderson, the head of Strathallan School’s rugby academy, worked with up-and-coming Smith for a couple of years and told TRU: “He really has had a breakthrough year in the pro ranks this year.

“He has had to bide his time to get regular game time with Glasgow, but now that he has had that, he has shown a much wider audience what he can do.

“Ollie has always had great feet and an eye for a gap and we saw that a lot when he played for the school and for Scotland at age-grade level, but being in a professional environment at Glasgow has allowed him to work on his kicking game and his defence and he really is developing into a top-class full-back.

“I am just really happy for him because he has had to work hard to get to where he is now. I think he has a very exciting future in the game.”

“There are obviously players getting opportunities this weekend and Ollie would be in that category because we think he’s ready,” Townsend said.

“I think he’s shown this year on the playing field his proactive nature. He takes the game to the opposition with ball in hand, he’s an aggressive defender, and he’s got a good left boot as well which gives the opposition defence something to think about when you’ve got a right-foot kicker at 10 and a left foot kicker at 15.

“We’ve got high expectations of Ollie because of the way he’s been training and playing this year for Glasgow. That suggests he’ll transfer that form into the Test match arena.”

From Marr to a marvellous start to his pro career

Smith’s rugby journey began at the Marr club based in Troon when he was in primary three - and he has loved the sport ever since.

Back in 2018 in a previous interview, he said: “I played at Marr until I was into senior school age and then I moved onto Ayr and that was really good for me because there were lots of good players there.

“While playing for Ayr I was also playing for Wellington School and at times, the club and the school combined and put a team together which was great because it meant that we were playing against some good opponents and always learning.”

While at Wellington School, he earned Scotland under-16 caps and then headed to Strathallan for the last two years of school.

“Being in the first XV for two years at Strath allowed me to play high-quality matches every week while I was in a vice-captaincy role in my last year which was great and gave me some leadership experience,” he said.

“To be part of the squad that managed to win the Scottish Schools Cup at BT Murrayfield [in 2017/18 alongside fellow current Scotland tourist Murphy Walker who was skipper] was very exciting, to have such a close-knit squad made it even more special.”

At that point, Scotland under-18 caps had come his way and he then went on to earn under-20 caps, play for Ayr at senior level and then started breaking into things with Glasgow Warriors. Fast forward to now, and he is preparing for the biggest game of his life.

Argentina versus Scotland takes place at The Estadio Único Madre de Ciudades in Santiago Del Estero on Saturday at 8.10pm UK time and is live on Sky Sports.