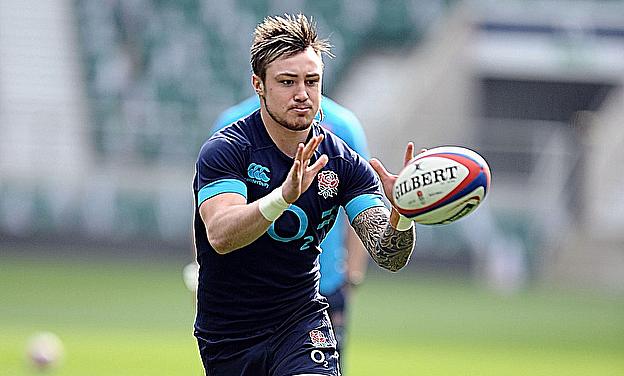 England and Exeter wing Jack Nowell, who broke onto the international rugby stage this year, will undergo knee surgery on a persistent problem next month, which will rule him out of England’s pinnacle summer tour to New Zealand.

The 20-year-old flyer, who was part of last year’s Junior World Cup winning England 20’s side, has not played since he damaged nerves in his shoulder in Exeter’s 45-15 Aviva Premiership defeat at Leicester Tigers on March 23.

Exeter bosses have opted to combine Nowell's enforced rest due to shoulder trouble with scheduled surgery to clear up his knee problem.

Nowell broke into Stuart Lancaster's England set-up during the RBS 6 Nations, but his summer absence could pave the way for in-form Saracen Chris Ashton's recall.

England face New Zealand in Auckland, Dunedin and Hamilton in a three-Test series in June – a clear marker of their Rugby World Cup 2015 preparations.

"It was going to be hit and miss to get him back in time for the end of the season and he also needs an operation on a long-term knee issue.

"This is an important chance to get on top of that situation; he's had the knee injury for pretty much all of his senior career."

Nowell has won all his five caps in this campaign's Six Nations, benefiting from injuries to Marland Yarde and Christian Wade to claim senior honours.

Saracens flyer Ashton has not featured in 2014 after being jettisoned by head coach Lancaster, but his recent fine form could now command a summer recall.

Saracens and Scotland flanker Kelly Brown has backed Ashton to step back into England action after his recent run of form.

"I just think he brings something a little bit different," said Brown.

"He follows things: he gets on the end of breaks, and in terms of stopping him, that's very difficult.

"I'm sure if he keeps going he can get back into that England mix."