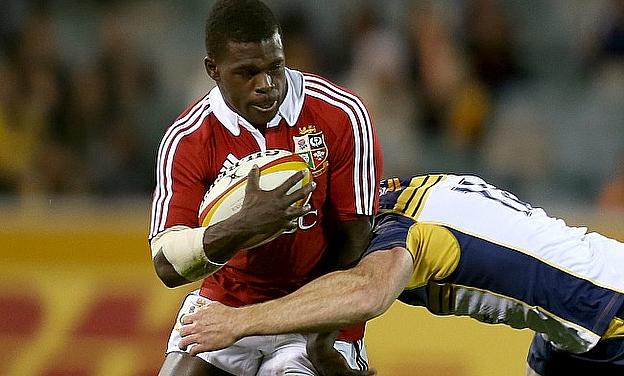 Wasps director of rugby Dai Young has all but ruled Christian Wade out of England's summer tour to New Zealand by insisting only a "magic wand" will enable him to play again this season.

Wade has been sidelined since November with foot ligament damage, preventing him from adding to the solitary cap won in Argentina last summer during the recent RBS 6 Nations.

The 22-year-old British and Irish Lion also missed the QBE Internationals last autumn because of a damaged hamstring.

Wade gave a positive update on his injury on Tuesday, declaring he is hopeful of returning to assist Wasps' push for European Champions Cup qualification, but Young doubts he will be involved.

"I don't know where it is all coming from really because he's nowhere near playing at the moment - unless someone has got a magic wand," Young said.

"Obviously he is working hard to get back but my understanding is he is well exceeding a month. I don't see when he is going to be playing for us.

"There are no issues and no problems, he's just running out of time with the season coming to a close.

"Everything is moving in the right direction but he's at least a month or maybe more from doing a bit out there.

"We won't put him at risk and he is not going to put himself at risk so it is very unlikely that he will take any part in any games this season. Very unlikely.

"You never rule it out people come back quicker than others, but at this stage things are going to have to change drastically in the next week or 10 days for us to have any sort of confidence that that is going to happen."

Wade, who is due to start running this week, refuses to gamble on his fitness despite England's looming series against the All Blacks, stressing that the World Cup is his main objective.

"Hopefully I can make it back for a few games this season. I'm on target with my rehab and I want to get back this season with the England tour coming up," he said.

"There's no rush for me to get back, but I'm working hard. No one can say precisely when I'll be ready.

"There won't be any risks taken but ultimately I want to be in that World Cup squad. That's the bigger picture.

"Although New Zealand is a massive tour and no one wants to miss it, but if it could jeopardise my future then then I will miss it."