Bring on the Best, Says Care 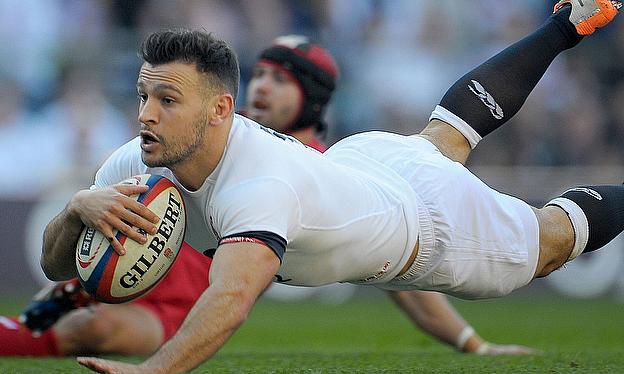 One of the stars of this year’s 6 Nations competition, scrum half Danny Care, believes that England are perfectly equipped to topple New Zealand on home turf in the summer test series and then win the 2015 World Cup on English soil next year.

Stuart Lancaster’s men in the wake of an impressive 6 Nations now turn their focus to world’s number one team and World Champions, after they were pipped to the post by Ireland, who beat France to clinch the Championship.

England face the world champions in Auckland, Dunedin and Hamilton in June and scrum-half Care, one of the stars of the Six Nations, says the series could act as the perfect springboard to the ultimate prize in 2015.

The 27-year-old is looking forward to the encounters with New Zealand and he believes England will play without fear of their opponents.

Writing on his Sportlobster blog, Care said: “We don’t want to be second best. We want to be world number one, so it will be brilliant to go to New Zealand and test ourselves.

“We can win the World Cup. With the way we are trying to play the game and the amount by which we are improving every week, it is building up nicely.

“This is where we want to reach our peak. We want to reach a new level in August next year. The team is playing well and players are returning from injury, but we will know more after the summer test series against the All Blacks.

“The result of the tour will show us where we are in comparison with the world’s best. Come the 2015 World Cup, if the Twickenham crowd are as supportive as they were for the Six Nations, it will certainly act as a big advantage.”

England were unfortunate to taste defeat against New Zealand at Twickenham last year after they overturned a score of 3-17 to lead 22-20, only to lose 22-30.

However, Care added: “We are very excited for the three-match series against the All Blacks. There is a lot of rugby to play, including domestically with the Aviva Premiership.

“They live and breathe rugby in New Zealand and they are currently the best team in the world, so it will be interesting to see how we get on against them. We can take a lot from our performance against New Zealand last year.

“New Zealand obviously have a huge amount of experience and some of the greatest players to have ever played rugby. Our caps total is lower than New Zealand’s, but we are a young and exciting team.

“Our squad is working incredibly hard and we are learning every week. Experience counts for a lot in the sport, but we have learned more with every game played. From the loss in France to the win against Italy, we continue to develop.”

England finished their Six Nations campaign with a resounding victory in Rome, but Care said there was an air of frustration after the title eluded the team for a second consecutive year.

He added: “We obviously hoped France could win the game. The team were watching the match before we had dinner and urging on France. However, it wasn’t to be. We came so close again, which is frustrating, but I think the tournament was a huge success for the whole England team.

“The way we bounced back from the France defeat to go on and win the Triple Crown and notch up more than 50 points against Italy was incredibly pleasing. We can be extremely proud of ourselves. It puts us in a good position to move forward.

“You can look back in hindsight and wonder if we could have defended better in the final ten minutes against France, but these things happen in rugby. The Six Nations is such a special tournament, because everyone can beat anyone.

“France took their chances on the day and got a couple of lucky bounces, but the way we recovered from the defeat was just brilliant from the boys.”

Mike Brown, who scored four tournament tries, earned praise for his performances in the Six Nations and Care agreed with popular opinion by saying the fullback was his player of the tournament.

He said: “Mike Brown was immense in all of the five games. He deserves to be named as the player of the tournament and he highlighted what should be the main characteristics of an England player.

“He is a great guy, he worked hard and he never gave up. Everyone is in a tough position with so many competitors for each position and so you have to take your chance. Brown certainly took his opportunity.”

However, Care was also satisfied with his own displays, especially after he scored crucial tries against fierce rivals Ireland and Wales in front of the raucous home support.

“It was an unbelievable feeling to score for England, especially in front of the Twickenham crowd. My try against Ireland was probably my favourite with a 40-metre run towards the line and the crowd urging me over.

“It is always nice to score, obviously. I loved every minute of the Six Nations and it was great to have a run-in with the team. I knew I had to take my chance this year and eventually I did. I hope I have repaid the faith shown in me by the coaches.”