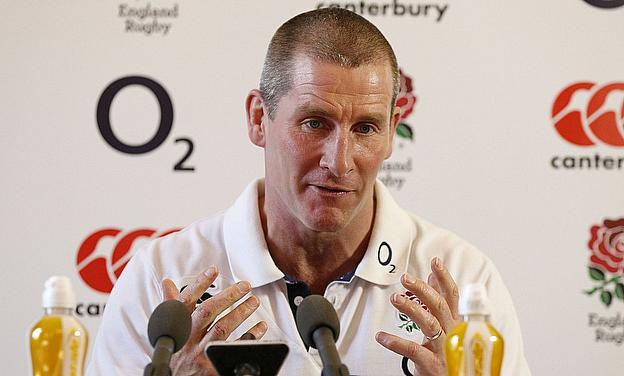 Saturday’s play got underway on a glorious spring day in the Italian capital, as Stuart Lancaster’s men endeavoured to pull-off a real ‘Italian Job’ and put as many points past the Italians as possible.

However, despite a thumping victory over a disappointing error ridden Italy, where the English put themselves forward as serious Rugby World Cup contenders, the men in white fell short of the required 51-point winning margin, meaning Ireland’s win over France later on in the day secured the Championship.

But they ended their campaign on a high after running in seven tries against a side which had held them to a combined margin of 13 points in their previous three victories in Rome.

Two tries from the exceptional Mike Brown and one apiece for Owen Farrell, Jack Nowell, Manu Tuilagi, Mako Vunipola and skipper Chris Robshaw blew the disappointing hosts away, with Farrell converting all seven and adding a penalty in a fine display.

Luciano Orquera and Farrell traded early penalties in a messy opening, but it was Brown, England's stand-out player of the tournament, who once again set his side on their way.

Italy made a mess of a line-out in their own 22, Luther Burrell smashed down the middle and Brown took his pass at pace to hand off Michele Campagnaro and hare down the left wing and into the corner.

Farrell's accuracy from out wide made it 10-3, but sloppy handling in the backs cost two further opportunities and almost set Leonardo Sarto clear from halfway, Farrell's critical covering tackle hauling him down three metres from the English line.

A Danny Care break down the middle set up a series of sorties at the Italian line, and after a penalty was kicked to the corner and Burrell punched holes down the right, Care danced left off a ruck and found the on-rushing Farrell cutting a sweet angle at pace to fly in from five metres.

Farrell, faultless with the boot all day, then showcased his burgeoning all-round reputation with an outside break and off-load to Brown just before half-time to send the full-back away for his second try of the half, and the Saracens 10 drilled over the conversion that followed for a 24-6 lead at the interval.

The second half followed the same suit with England consistently on the attack, throwing all that they could muster at the Italian line – errors were the only thing halting the English advances, until the breakthrough came with just half an hour left to play.

As England made the most of their man advantage, after Marco Bortalami was sent to the sin bin, to ship the ball across their backline and put teenager Jack Nowell into the corner for his first international score.

Still with over a quarter of the game left, though, Lancaster already began to ring in the changes, with the first, and the most notable being the re-introduction of Manu Tuilagi to international action, in place of the unfortunate Luther Burrell.

The fifth try came from great England build-up play, from Nowell, Brown and Twelvetrees before the ball opportunistically fell into the hands of Mako Vunipola, after a clever Twelvetrees offload, which so the prop jog over the line unopposed.

Lancaster brought on a number of new replacements, including the young fly half George Ford, for his second international appearance, before Manu smashed through two Azzuri defenders to touch the ball down.

With a lead of now 39 points, all momentum for an Irish overhaul was lost, as influential Joe Launchbury made a rare mistake as he pass was picked off by Sarto who intercepted and put the ball down.

Only with the clock in red did another score come, late replacement George Ford giving notice of his rich promise at stand-off with a smart break to release Robshaw.

The final scenes of England in Rome were those of a side who looked to have given it all that they could. An impressive performance against the Azzuri, although not enough to take the title, was a performance of a team who have grown into a real force to be reckoned with come the World Cup next year.

But was that an England who had given it all that they could? Of course the heart and dedication was there from all of the players, but were the right personnel on the field at the right time?

With a title on the line and every single point, either for or against, absolutely imperative – should the substitutes have been introduced to the field of play within ten minutes of the second half?

Once again, as was the case in England’s only defeat of the campaign in France, Lancaster’s use of substitutes was called into question… Lancaster’s ‘wholesale’ approach to substitues is fitting for an autumn international, as the team builds for bigger tournaments, but with the game on the line in Paris and as many points needed as possible in Rome why upset the flow of a team, who in both cases were playing brilliantly; particularly at such an early stage.

We haven’t yet seen Lancaster’s England play knockout rugby, but surely the man who is admired the rugby world over for his nurturing of emerging talent, wont’ employ the same attitude to substitutions in the World Cup, particularly with the game on the line…

With nail-biting, edge-of-your-seat test matches with France and then Australia back in 2003 I don’t think we would have seen Clive Woodward applying the same tactics to personnel, and the potential damage that a complete team shift can cause.

The build-up to the Six Nations had been difficult for Stuart Lancaster and the England camp with a number of late injuries upsetting the team’s original plans. Although, the young side, with pre-tournament debutants in a number of positions, continually impressed and cemented there selves as one of the best sides in the world.

With a summer tour of New Zealand next on the agenda, followed by another series of autumn internationals and the 2015 6 Nations, there is still plenty of rugby for Stuart Lancaster and his side to test personnel shifts, tactics and styles of play.

But when it comes to crunch time and England’s very own home World Cup kicks off in September 2015 the experimentation will surely have to stop, with England’s strongest XV (injuries aside) able to play as much rugby as possible and get the job done.