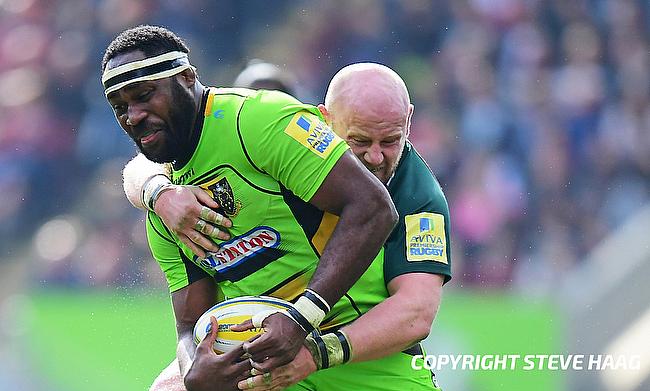 Northampton Saints lock Api Ratuniyarawa has been handed a four-week ban following his red-card incident during the recently concluded Gallagher Premiership clash against London Irish played at Franklin's Gardens in the ninth round clash.

The 33-year-old was red-carded in the 50th minute during the game by referee Tom Foley for a raised arm at the ruck linked with prop Harry Elrington.

Ratuniyarawa appeared before an independent panel comprising of Charles Cuthbert (chair) with Mitch Read and Leon Loyd on Tuesday and was proved guilty of breaching World Rugby Law 9.20 that deals with dangerous play in a ruck or maul.

The Fiji international initially was handed a six-week ban that was reduced by two weeks taking into account his conduct during hearing, guilty plea and other mitigating factors.

“The player did not accept that he had committed an act of foul play by dangerously charging in to the ruck. He argued that he had bound on to the London Irish player. This was not accepted by the panel after reviewing the footage," said Independent panel chair Charles Cuthbert.

"The panel found it was a reckless action. While the panel were satisfied that there was no intent to cause injury, his shoulder did make contact to the face of the London Irish player who confirmed he suffered no injury as a result. The mandatory mid-range entry point applies where there is contact with the head and the panel found no factors to merit a top end entry point.

"The player was allowed mitigation for his clear disciplinary record over a long professional career at a high level. He apologised both and off-field to the London Irish player involved and his own team and is engaged in community activities and coaching. He was allowed 2 weeks in mitigation and is therefore suspended for 4 weeks.