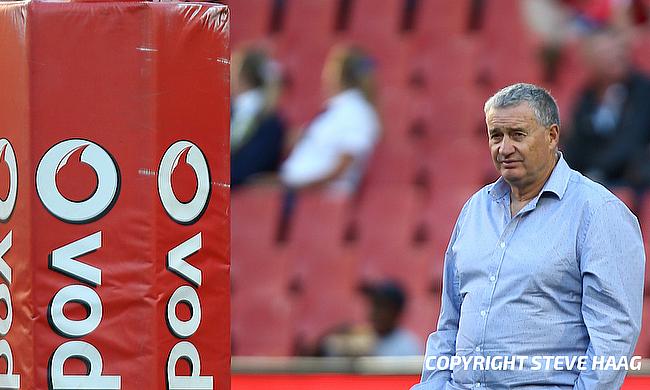 Northampton Saints director of rugby Chris Boyd has been handed a two-game suspension following his criticism on a referee.

Boyd expressed his displeasure over the decisions by referee Adam Leal, who was officiating in the recently concluded Premiership game against Saracens, which they went on to lose 30-6.

The 63-year-old, who will be stepping down from the role at the end of the ongoing campaign accused Leal of not sin-binning Saracens players during a series of scrums under their posts.

“I mean it was a clear hinge. There was only one side under pressure in that series of scrums. “didn’t have enough nuts, did he?”, said Boyd after the game.

As a result, Boyd was charged with actions that were “prejudicial to the interests of the union and the game, contrary to RFU Rule 5.12.

A statement released by the disciplinary panel revealed that Boyd was guilty of verbal abuse of the referee.

“The panel, however, took the view that as a case of disrespect it should be placed within the mid-range entry point given the nature of the words used, the number of journalists present, the inevitability that the remark made by Boyd would be widely reported, the potential impact on the referee and his standing in the rugby community coupled with the importance of maintaining the core values of the game.

“The panel considered that Boyd was entitled to the full available mitigation in the light of his acceptance of the charge, his obvious and genuine regret at his choice of words coupled with his apology expressed directly to the referee in question even before the potential for a misconduct charge had been raised, the impressive character material submitted in support and his impeccable discipline record.

“The result was that the panel imposed a two-match suspension from all match day coaching duties (meaning he can only attend as a spectator), but also directed that Boyd should present to the playing and non-playing members of the club on the topic of the need for respect for match officials and that he should undertake a second presentation to a school or local rugby club of his choice so as to get the same message out at a grassroots level.”