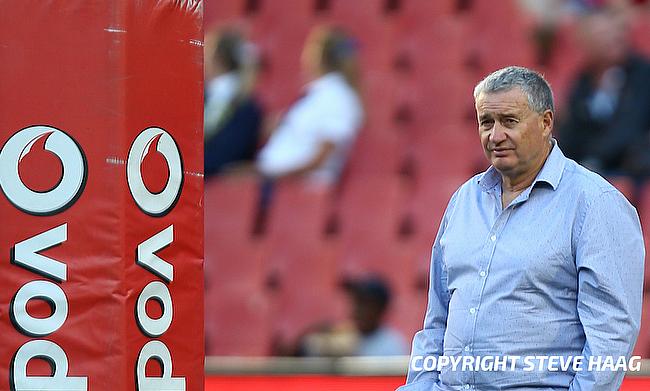 Northampton Saints have announced that director of rugby Chris Boyd will be leaving the club at the end of the ongoing 2021/22 season.

As reported earlier, Boyd will return to his native New Zealand but still will be associated with the club on an advisory role.

The 63-year-old joined Northampton Saints in 2018 and on his maiden season with the club he guided them to a top four finish apart from steering them to a Premiership Rugby Cup triumph in 2019.

“I have absolutely loved my time in Northampton, but it’s time to return home,” said Boyd in a statement.

“Since our arrival in 2018, Linda and I have fallen in love with the Club, the supporters and the county – Saints will always have a special place in our hearts.

“But the pull of family is too great to stay in Northampton beyond the end of this season. And while the thought of being closer to our children and grandchildren is hugely exciting, it is with heavy hearts that we leave the Club."

The club also confirmed that forwards coach Phil Dowson will step up to the director of rugby role while attack coach Sam Vesty will be promoted as head coach.

A former Northampton player Dowson has made 186 appearances for them and helped them claim the Premiership and European Challenge Cup titles in 2014, the Anglo-Welsh Cup in 2010, and reach the Heineken Champions Cup final in 2011

“I am extremely proud and humbled to be stepping into the Director of Rugby role at Northampton Saints, a Club I have loved from the moment I first ran onto the pitch at Franklin’s Gardens 12 years ago," said Dowson.

“There is still plenty of growth left in this group of players and, alongside Sam and the entire coaching department, we will work tirelessly to deliver silverware for the Club and our supporters – whose passion and commitment to the team is second to none.

“On a personal note, I would like to thank Chris for everything he has done for me as a coach; I have learnt an enormous amount from him, and I will always be grateful for the opportunities he has given me. It is of course sad to see him return to New Zealand, but I’m delighted we will be able to continue to work together within this new coaching structure.”