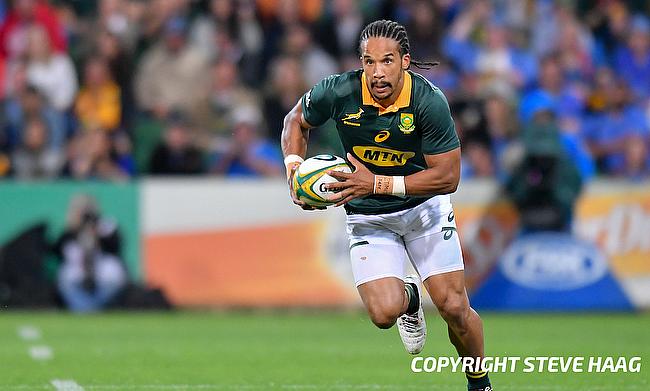 Northampton Saints returned back to winning ways after four straight defeats as they trounced Newcastle Falcons 44-8 in the latest round of the Gallagher Premiership at Kingston Park on Saturday.

The Saints now have moved to the fifth position in the table with seven wins from 12 games while Newcastle Falcons are at 8th place after losing their sixth match.

As Paul Hill was penalised at the breakdown, the hosts took a shot in the corner but Tom Wood got up to disrupt the lineout and Biggar was able to clear.

The opening points in the game came in the 14th minute with Joel Hodgson kicking a penalty goal after David Ribbans was caught offside but the Saints bounced back hard with Rory Hutchinson sending a well-timed pass for Tom Collins to score in the 22nd minute and Dan Biggar followed with the conversion and followed with a penalty goal to make it 3-10.

Both the teams were down to 14 players temporarily by the 28th minute as both Phillip van der Walt and Teimana Harrison was sent to the sin bin by referee Matthew Carley after a series of scuffles.

Nevertheless, the visitors were the dominant team heading into the break as Sam Matavesi showed brilliance as he went past a couple of defenders before releasing Courtnall Skosan over the line in the 29th minute and Biggar's conversion and penalty goal ensured they headed into the break with a 3-20 lead.

A drop goal from Biggar in the 50th minute got Northampton off the block 10 minutes into the second half before George McGuigan burrowed over at the back of a rolling maul to provide Newcastle some hope.

Northampton's third try came in the 59th minute with Sam Matavesi crossing over at the back of a rolling maul and Biggar improved it 8-30 by the end of the third quarter. The bonus point came in the start of the final quarter when Collins sent a perfect chip for George Furbank to dot down making it 8-37.

The closing stages of the game saw Furbank scythed through a gap before finding James on his shoulder to score. Furbank also followed with the conversion as Northampton raced to a 44-8 victory.