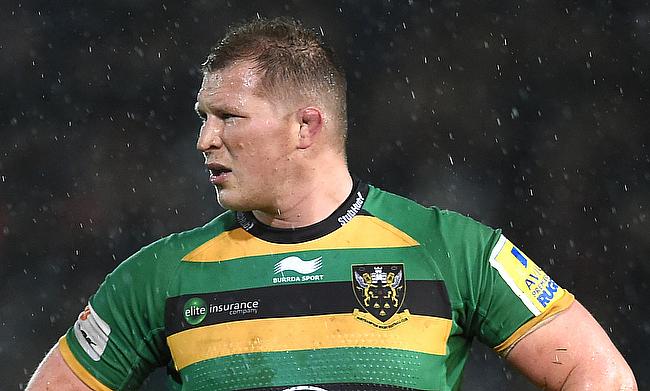 England captain Dylan Hartley might make his first appearance in six weeks for his club Northampton Saints in the upcoming European Champions Cup game against Castres Olympique at Stade Pierre Antoine on Saturday.

After edging out Montpellier by 16-14 in the first round, this news will come as a major boost to the Saints and more so for the England team, who kick start their autumn internationals next month against the Springboks.

The 30-year-old suffered from back spasms which prevented him from training at full intensity and has been out of action since his last game on 11th September. Northampton Saints head coach Alan Dickens confirmed that Hartley has returned to training and is close to making a comeback.

"Dylan's been injured. He's on the route back," said Dickens.

"He's there or thereabouts."

Apart from Hartley, Northampton Saints lock Courtney Lawes has returned to full training and is set to be named in the starting line-up. However, Luther Burrell has been ruled out with concussion.

"Luther's going through the return to play protocol. He had a little bit of a setback.

"And we just thought we would start the process again."

"There is no fracture, but it does look like a badly sprained ankle with some ligament damage, so we're not going to be seeing him in the next few weeks."