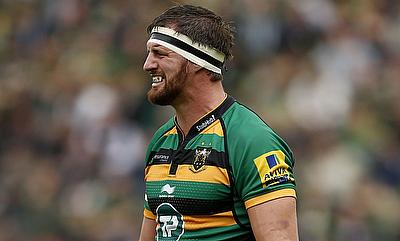 Northampton Saints will hope to seal the European Champions Cup qualification on Saturday with a victory against Gloucester Rugby.

A victory at Kingsholm will secure Saints a top-six Aviva Premiership finish after they failed to win a play-off place for the first time since 2009.

Although the Premiership title play-off berths have been secured by Saracens, Exeter, Wasps and Leicester ahead of the final round, Northampton, Harlequins and Sale Sharks are still battling for the Champions Cup spots.

The three clubs are distant from each other by just one point, however, Quins have one more Champions Cup prospect if they emerge victorious from the next Friday's European Challenge Cup final versus Montpellier in Lyon.

England and Saints flanker Tom Wood admits that his team is eager to finish the job.

"We are very motivated to get the job done," Wood said.

"But it it will be a tough ask because Gloucester have just hit some form at the wrong time for us, but we are always confident we can win on the day.

"We have not really got going this season.

"We have had good spells and got some big results and wins, but it has been a very challenging season - I think it has for all of the teams with the World Cup disruption early on, with back-to-back games with no time to rest and rotate the teams like we would with an LV= Cup campaign.

"It really took it out of us, and I think that has showed in our up-and-down performances. We have had some great wins, but we have also really under-performed on occasions and that has let us down."

Wood lamented the away losses by Saints against the bottom three teams and has conceded the fact they do not deserve to be in the top four teams of this season.

"We have lost to three bottom-of-the-table teams away from home, and that is not what a championship-winning team is made of, hence why we are not in the top four."