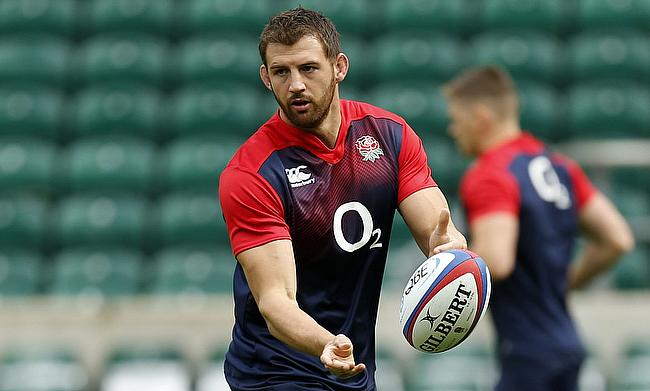 Northampton Saints have announced England international Tom Wood as the captain for the upcoming season.

Wood, who had successfully led the team to Premiership title and European Challenge Cup triumphs in 2013-14 will take over the reins from scrum-half Lee Dickson.

Director of rugby at Northampton Jim Mallinder believes Wood's leadership traits will benefit the club in the upcoming season.

Mallinder also lauded Dickson's contribution as a leader in the previous season and believes the 31-year-old still has a lot to offer for the club.

"Tom has long been part of a strong group of leaders at the club and we believe he has all the credentials to be an outstanding captain for Northampton Saints," said Mallinder.

"We've seen in the past that he always leads by example, both on the field with his unbelievable work rate and passion, as well as off it with his wholehearted approach to everything he does.

"His past experiences in the role for both club and country made him the overwhelming choice.

"He takes over from Lee (Dickson), who put his all into the role last season and will continue to play a big part on the field and in the leadership group we've already mentioned ."

Meanwhile, Wood said he is looking forward to the challenge of leading the team again and is hoping for the support from Dickson and other senior players to guide him in the role.

"I'm hugely honoured and privileged to be in a position to be able to accept the role," said Wood.

"I'm really looking forward to an exciting new challenge leading a club with such a proud history and great players and captains who have gone before me.

"I want to thank Lee (Dickson) for his contributions last year and also for the dignity and grace with which he handed me the reins. To have his support means the world to me and I'll be relying a huge amount on the guys around me to help make this club what it can be."

Northampton finished seventh in the 2015-16 season of Aviva Premiership after scoring 60 points from 22 games.