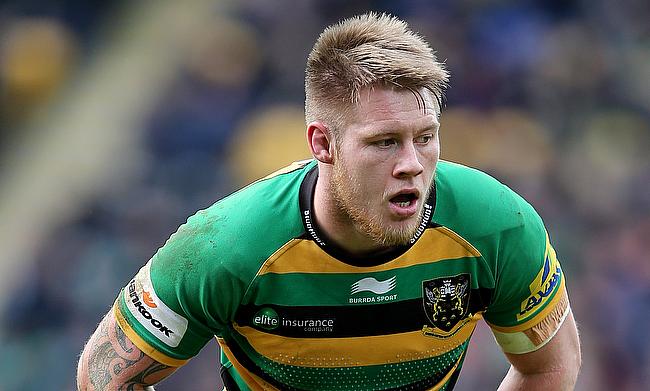 Harrison, who was called-up in the England squad for the recently concluded Test series in Australia, joined the club in 2012 and has gone on to play 33 Aviva Premiership games since then. Hill, who made a move from Yorkshire Carnegie to the Saints in 2015, has played 17 games in the English Premiership.

Apart from the duo, former England flanker Tom Wood, London born Jamie Gibson, Ben Nutley and Adam Parkins are the other players, who have signed new contracts with the club.

Wood will lead Northampton in the upcoming season and last featured for England during the World Cup encounter against Uruguay in October. He has failed to find a place in the England squad after Eddie Jones took over from Stuart Lancaster.

Director of rugby at Northampton Saints, Jim Mallinder was delighted to have the six players extend their contract with the club.

"We are delighted that all six players have signed new contracts to stay at Franklin's Gardens," Northampton rugby director Jim Mallinder said.

"We've seen them all develop massively in their time at the club, and to have these deals agreed well before the start of the 2016-17 season means that we can plan with certainty for the future."

Meanwhile, Saints have also declared that Wood (neck), Courtney Lawes (ankle), Ethan Waller (toe) and Tom Stephenson (foot) are fit for the start of the 2016/17 season after undergoing surgeries to their respective injuries.