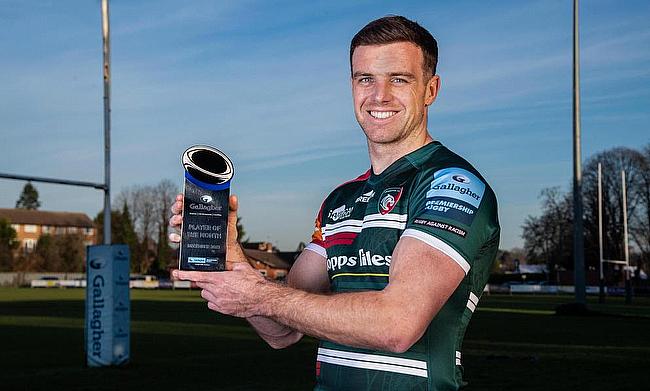 Why 'grown up' Cowan-Dickie is ready to fight for both club and country
Saracens issue statement as Owen Farrell sustains another injury setback
Premiership Rugby agrees new partnership with ITV Sport
Exclusive: New Scotland call-up Andy Christie on his journey to international rugby

After yet another England squad selection that left people scratching people’s heads, TRU’s Joe Harvey has looked at two aspects of selection that intrigued him most.

Picking six uncapped players in a squad of 36 that will make their way to Brighton on Monday to prepare for the Guinness Six Nations, two areas of selection appear to be underthought in some ways.

Since 2020, one of the most contentious selection decisions that Eddie Jones has made is that of Sale Sharks’ Tom Curry at No. 8. Across his career to date, the 23-year-old has never played in the position at club level, his contributions only ever coming as a flanker.

Selected at No. 8 at the start of England’s Six Nations campaign nearly two years ago, in the 2021 edition of the tournament it was Billy Vunipola at the base of the scrum. Thanks to his performances, Curry was called up to the British and Irish Lions tour of South Africa last summer.

Playing in three Tests against the Springboks, Curry’s return to the England setup would see him donning the No. 8 jersey once more. With Vunipola seemingly having fallen out of favour with Eddie Jones, it seemed as though Alex Dombrandt or Sam Simmonds were the natural successor in the position.

Jones’ praise of Curry has been there for all to see. Comparing the player to Ardie Savea in the past, on Tuesday Jones drew comparison to another stalwart of the game, whilst also admitting openside is where the Sale man thrives.

As ever, Eddie Jones threw us some curveballs with his Six Nations squad announcement.

Here's what he had to say about selection, along with a section on Alfie Barbeary. Because I watch him a lot.

“He is a George Smith-type player that can play any of those positions really well. He adjusts his game accordingly. The differences between seven and eight in general play is so significant now, we don’t really talk about it.

“Obviously there are some set piece responsibilities and he’s learning how to play eight better, but seven is probably his preferred position and if it suits the tea and it suits the way we want to play, we will play him at seven.”

On out and out openside, Underhill’s exclusion can only lead you to believe that Curry’s future is in that position. Given how Courtney Lawes performed in the Autumn Nations Series – as well as his importance as a leader with Owen Farrell’s injury setback – it seems likely he will stay in the back-row with Tom Curry and then Dombrandt or Simmonds.

There is a wrinkle in that Alfie Barbeary, Ollie Chessum (both uncapped) and Lewis Ludlam have also been recruited in order to cover the same positions in the pack, then it is likely that once more Jones will stun many with a rogue pick.

Particularly when it was announced Vunipola would be unavailable for selection, eyes quickly drifted across the English Channel. Making the move to Montpellier in the summer, Zach Mercer hasn’t won a cap for England since 2018, the 24-year-old back-row having settled into life in the Top 14 in fine fashion.

In fact, the two even crossed paths recently, when Jones was looking at possible bases for the Rugby World Cup in 2023. Watching on as Montpellier hosted Castres in a 25-24 win, Mercer playing the full 80 minutes, Jones threw a bit of intrigue into the conversation of the back-row selection.

“On the travels there, I spent some time with Castres who were playing Montpellier, by coincidence, that weekend,” Jones said. “Zach played, I had a quick chat with him after the game, really impressed with how he is growing his came.

“I think for a young player who has taken the initiative to go and develop his game in another country is absolutely outstanding and we are in constant contact with him, and he is developing his game nicely and we are hopeful that he will come back at the end of the season and try to fight for a spot in the World Cup squad.”

As is so often the case, some of Jones’ squad selections made their way to social media. It was then that it became clear Bath fly-half Orlando Bailey had caught the eye of England’s Head Coach.

When 10:45 on Tuesday struck, it was confirmed that the 20-year-old was indeed selected for the Six Nations squad and the reason for which explained shortly thereafter. Due to Bailey’s ability to cover inside centre and full-back, Jones believing that versatility could be key to a successful Six Nations.

The former England U20 international’s selection seemingly came at the expense of George Ford, a two-time Gallagher Premiership Player of the Month so far this season. Playing out of his skin so far for Leicester Tigers this season, Ford has not only been playing regular rugby, but unlike Owen Farrell has been fit.

Owen Farrell suffered an injury in training this week ahead of the game against London Irish, ruling him out of the match.

We will have a further update after he sees a specialist early next week.

But, when asked by the likes of the Vunipola brothers, Elliot Daly and Ford haven’t been selected, Jones says those players have still been on his radar, but not cutting the mustard just yet.

“They’ve all been under consideration,” he said, “they all have aspects of their game to look at or fitness areas to improve and they’ve all been spoken to individually.”

Expected to make a return against London Irish, England’s captain will seemingly miss the Calcutta Cup clash with Scotland at the start of February, the 30-year-old seeing a specialist early next week whilst the rest of the England squad are gathering in Brighton.

Marcus Smith is by far and away the number one choice to start at fly-half, who should play second fiddle to the darling of English rugby is very much up to debate. If Farrell was available, the Saracens captain would have most likely started deeper in midfield and the only other capped playmaker in the squad is Northampton’s George Furbank.

All the talk of this ‘New England’ is all well and good, however if Jones is unwilling to pick the best players after seemingly vanquishing them from his thoughts, it is proof that there is no plan B.