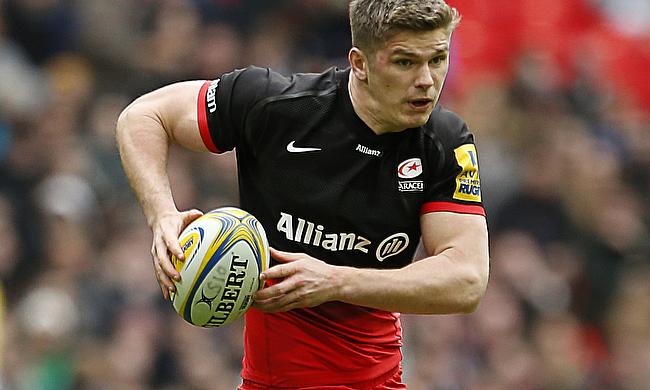 Owen Farrell recently underwent a surgery on his ankle
©PA

England skipper Owen Farrell's chances of featuring in the Six Nations opener against Scotland has been dealt another blow following another injury setback.

The 30-year-old recently had a surgery on his ankle that he sustained during the November series against Australia and has been sidelined since then.

Farrell was named in Eddie Jones' England squad earlier in the week and was scheduled to make a comeback to his club Saracens later in the month but now has suffered another injury on his return to training ahead of the European Challenge Cup game against London Irish on Sunday.

The club revealed that Farrell will consult a specialist next week to assess the extent of the damage.

“Owen Farrell suffered an injury in training this week ahead of the game against London Irish, ruling him out of the match," read the statement.

"Owen was back in full training having recovered from the ankle injury he sustained against Australia during the Autumn internationals.

"We will have a further update after he sees a specialist early next week.”

Earlier, England coach Jones said Farrell has the confidence of the team to lead from the front.

“He has the respect of the team, he is a winner, he drives the competitive spirit of the team and he is the right man to lead the team,” said Jones while announcing the England.

“He is due to play this week, has another training week and then he will be eligible for selection, but we have to see where he is up to.”