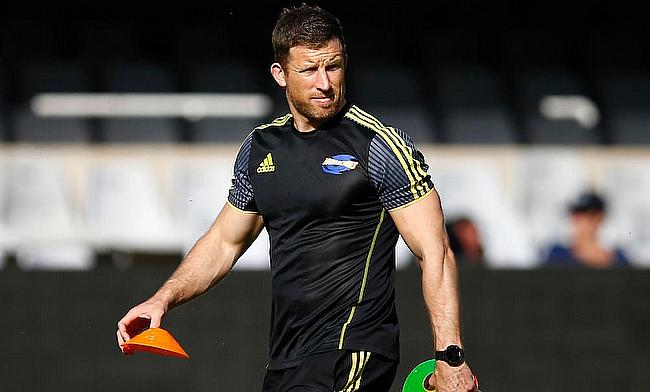 TRU Podcast - Talking Super Rugby Aotearoa with Joe Marchant, Roger Randle, Dane Coles & Ollie Ritchie
Looseheadz x TRU Podcast: Dane Coles
Roger Randle: There will be All Black trials every week
Dane Coles: “We respect all the decisions that have been made”

The players involved in the new-look Super Rugby Aotearoa tournament will “thrive on having the world’s eyes on them”, according to the Hurricanes’ Head of Physical Performance David Gray.

The five New Zealand-based Super Rugby squads returned to training in mid-May, a couple of months after the traditional top flight season in the southern hemisphere was suspended due to the coronavirus pandemic.

From there, they carefully cranked things up to full training, going through various phases of return to play protocols and listening to Government guidelines on health and safety and social distancing at all times.

Fast forward a few weeks and, as a result of a lot of hard work by many people, the franchises - Hurricanes, Highlanders, Chiefs, Blues and Crusaders - are now ready to play each other home and away between June 13 and August 16.

And in an added bonus, after New Zealand moved to alert level one this week, a crowd of over 35,000 is expected to descend on Eden Park in Auckland on Sunday to see the Blues take on the Wellington-based Hurricanes

“I think the players will thrive on having the world’s eyes on them”, Gray, the former Scotland Sevens cap who will be in the away camp for their first match, told TRU.

“The guys are all competitive beasts who were missing their routine of training as a squad and playing games during the initial period of lockdown.

“Each player had their own individual training programme while they were staying at home and in the last few weeks, the guys have been glad to see each other again and the buzz around getting back to some sort of normality has been good.

“It is also great that we are now able to have crowds in the stadiums as that will make the guys even more buzzing for these big matches and Super Rugby Aotearoa will almost be like an ‘old school’ district competition because each team will play each other twice in a short space of time.

“As a backroom staff we have been working hard to make sure that the players' training loads have been managed carefully and have gently build that up over the last few weeks and everyone is raring to go now.

“I have been really impressed with the guys’ mindset and the way they have just slipped back into their usual routines, they are all so professional and this new-look competition should be really good.”

From Galashiels to Wellington

Having grown up in Galashiels in Scotland and come through the rugby ranks in the town, Gray was delighted when he broke into the Gala first team and made his debut against Jed-Forest.

His highlight in maroon was winning the Scottish Cup in 1999 with a team that included the likes of Michael Dods, Chris Paterson, Stevie Scott and Nathan Hines.

Soon after that cup triumph, Gray made his first rugby-based trip to New Zealand when he headed to Wellington and ended up playing for Petone.

When he returned to Scotland, he was brought into the Scotland Sevens set-up in 2002 by Rob Moffat.

He recounts: “That call-up came as a bit of a surprise, I must admit and the squad was made up of fringe pros and club players at the time.

“Over the next four years, I was lucky enough to play in a number of World Series tournaments and to go to places like Hong Kong with a tight knit group was something special.”

Whilst his rugby was moving along, Gray was also trying to make a living through strength & conditioning and after a spell with the Exeter Chiefs in 2005/06, he was offered the chance to work with the Taranaki Rugby Union.

“That was a good opportunity for me and from therem I started to work with the New Zealand Sevens squad,” he stated.

“It was quite strange being back on the World Series circuit and then when New Zealand played Scotland my old team mates like Andrew Turnbull and Colin Gregor had a bit of a double take when they saw me on the sidelines with the All Blacks!”

In 2009, Gray joined the Hurricanes as assistant strength & conditioning coach and then took over as head of that department in 2011.

Gray, who lives with his wife Janeen and two sons Lachlan and Brody, added: “I love it in Wellington and life is good. I get back to Scotland when I can and still keep in touch with a lot of my rugby pals when we talk about the ‘good old days’ and how good we were!”