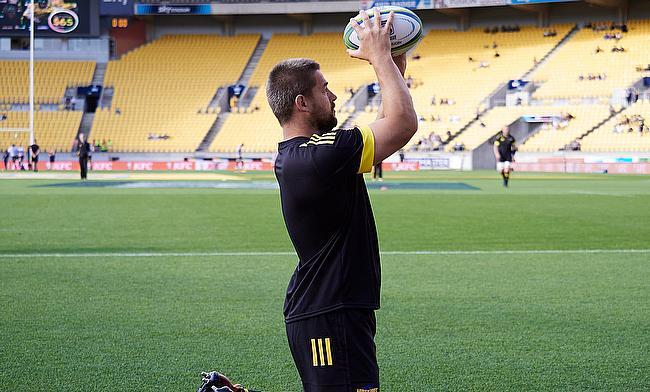 Hurricanes hooker Dane Coles says he respects the new health and safety measures which have been put in place as preparations for Super Rugby Aotearoa begin to ramp up.

The Canes squad returned to training on Monday for the first time in eight weeks after the traditional Super Rugby campaign was suspended due to the coronavirus pandemic.

This is the first significant step towards the opening weekend of a new-look competition for the New Zealand franchises, with the tournament set to begin on June 13th.

New Zealand is set to become the first major rugby nation to return to action after limiting the number of Covid-19 cases to less than 1,500 since the outbreak of the virus.

The Gallagher Premiership is hoping to follow suit - with June 27th being discussed as a potential date for the season to resume - but with significant work to do before clubs can return to training in England, all eyes will be on New Zealand over the next few weeks and Coles is confident in the protocols which have been put in place in his country.

“We respect all the decisions that have been made,” Coles told TRU on Wednesday. “I was listening to Rob Nichol [New Zealand Players Association chief executive] put the processes in place so they are there for a reason. We are happy with that.

“In two weeks, it might look a little bit different if things keep improving so we have just got to buy in and I know everyone at the Canes is doing that at the moment.

“When we came out to the base, everyone was treading on eggshells and wasn’t too sure, but being around the lads, simple stuff like catching and passing and being on the field in a bit of sunshine has been pretty special and has been awesome.”

The Hurricanes players are having their temperatures checked each day and the squad is slowing increasing the intensity of sessions towards full contact.

“I think probably by next week, we will be right into it,” said Coles. “We have already started that process.

“We incorporated a bit of stuff into our gym today. CJ [Cory Jane] had the pads in the gym and then and we just hit each other onto a big mat so we are doing the little things we can so when we rip into it, we are in a good spot.

“Every day we are adapting and doing a little bit more. Some of the boys were trying to get into it straight away, but we said just to pull back and be smart so we don’t do any serious damage.

“We just had a bit of a weights session and then it was straight out to do a bit of skill rotation; breakdown, catch and pass. The forwards today did a bit of line-out stuff too. Even doing the little stuff, it has been good but it is very different.”

Coles admits the Canes staff are putting an emphasis on easing players back into full contact training due to the fact their last game of rugby came against the Chiefs over two months ago.

“I can’t speak for any other franchise but that’s why we I have kind of stripped it right back just to make that initial full contact session not a shock to the system, I suppose,” Coles said.

“All our trainers are all aware of that so they are improvising and doing the little methods they can just to build that contact up so our bodies can cope. It has been monitored pretty well so far.

“This is definitely the longest time I have had off. It is just a gradual progression through to contact. Everyone is raring to go and making sure we trust the trainers in doing little bits to make sure we can get our contact right and our bodies right for playing footy.”

Whilst Coles and his teammates are settling into a ‘second’ pre-season ahead of Super Rugby Aotearoa, the logistics surrounding the games themselves will also be a new experience for the Hurricanes squad.

READY FOR RUGBY AGAIN and cant wait to be out there with my @hurricanesrugby brothers and doing what we love. @adidasnz @adidas @adidasau

Teams will be flying in and out of venues on the same day whilst fixtures will be played behind closed doors.

The likelihood of spectators returning to stadiums any time soon is still a long way off and Coles feels Hurricanes have a duty to their club and their fans when the rugby resumes in just over three weeks’ time.

He added: “It is going to be very strange. We know how important our fans are to us, but I think the biggest thing we can do is to represent the Hurricanes brand by performing and that is for our club and our fans.

“That is what we can do; is go out and perform well and give the fans something to smile about in their lounges. It will be very different, but we can represent them by performing and doing them proud.”

The All Blacks star, who represented the Canes on 125 occassions, is set to make his debut for his new club in Auckland and Coles is looking forward to locking horns with Barrett as well as getting the action restarted.

“He’s pretty quick. I’ll have to get him first!” added Coles. “It will be good to play our mate. He has formed a lot of close relationships in the Hurricanes. When you play on that field, there are no mates and then we will have a beer after but really looking forward to playing Baz. The boys will be pumped.

“Everyone knows that New Zealand derbies are right up there. We go hard against each other so everyone wants those bragging rights and wants to be perform.

We are hoping to provide more #SuperRugbyAotearoa content over the coming weeks so stay tuned!