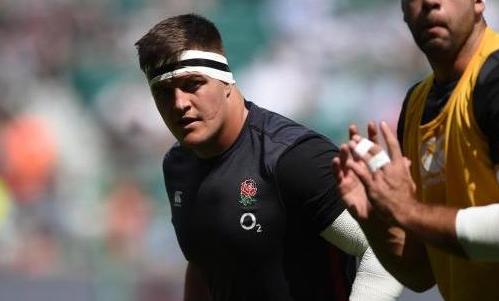 Sale Sharks have secured the signing of prop Nick Schonert from Gallagher Premiership rivals Worcester Warriors ahead of the 2021/22 season.

Born in Durban, the 29-year-old started his career with Currie Cup side Sharks in 2013 and also had stints with Griquas and Free States Cheetahs before moving to Worcester ahead of the 2014/15 season.

He was also part of the South Africa Under 20 team that played in the 2011 IRB Junior World Championship and was also named in a South African Barbarians team to face Saracens in 2013. Schonert will join Sale Sharks during the pre-season and has penned a three-year contract with them.

"I’m so excited to be part of such an incredible group here at the Sharks. At the stage I am at in my career I felt that it was the right time for a change in direction and for me to take myself out of my comfort zone," he told in a statement released by the club.

"When I got the call from Sale in March it felt like the stars had aligned and I genuinely had to pinch myself to check if I wasn’t dreaming.

"I’m so grateful for the opportunity to be a part of this squad and just hope I can add value wherever I can.”

Having qualified to play for England through his grandmother, Schonert was included in England's squad for the summer tour of Argentina in 2017 but had to pull out due to an injury. However, he was part of their side that faced Barbarians in 2018.

“We’re so excited to welcome Nick to Sale Sharks. He’s been one of the leading props in the Premiership for many years and we can’t wait to see Sharky pull on a Sharks shirt," said Sale Sharks director of rugby Alex Sanderson.

“We’ve lost three props so we knew we had to strengthen our front row options. Nick was one of our main targets and we’re confident he has the ability to play a big role for us this season.”