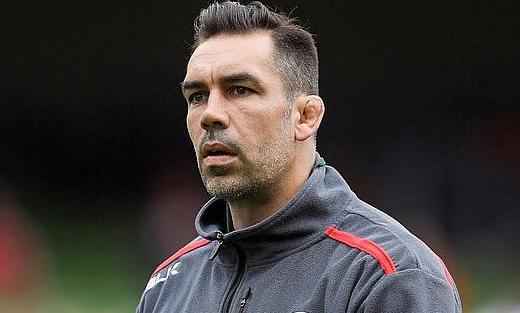 Sale Sharks have announced that looshead prop Simon McIntyre will make a return to the Gallagher Premiership club ahead of the 2021/22 season.

McIntyre joined Sale Sharks as an academy player in 2009 after playing his junior rugby with Broughton Park Rugby Club. His senior debut came in 2010 and went on to make six first-team appearances for the Sale Sharks before switching to Wasps in 2011.

During his time Wasps, the 30-year-old went on to play close to 150 games and also represented England Under 18 in the past.

“It’s an exciting time for me, especially to be returning to my hometown club," he told the club's official website.

“When I decided to re-sign for Sale, I knew it would be a challenge with the quality of the players in the squad here, but it’s a challenge I am relishing and I’m hungry to get stuck in with the boys.

“Speaking with Alex, his plans for the future of the club were genuinely compelling and I can’t wait to test myself in such a high-performance environment!”

Sale Sharks Director of Rugby Alex Sanderson believes the signing of McIntyre was an easy decision after the departure of Will-Griff John, Valery Morozov and Jake Cooper-Woolley.

“We’re delighted to be able to give Simon a chance to come home and play again for his local team. It’s another northern voice in the dressing room but more importantly, he’s a top player," he said.

“Since he left Sharks, he’s developed into one of the Premiership’s best props. He’s mobile, he’s powerful, he’s quick and he’s solid in the scrum so he’ll be a brilliant addition to the squad.”