Nick Malouf: “I don’t think I could have picked a better club in the world for a new challenge” 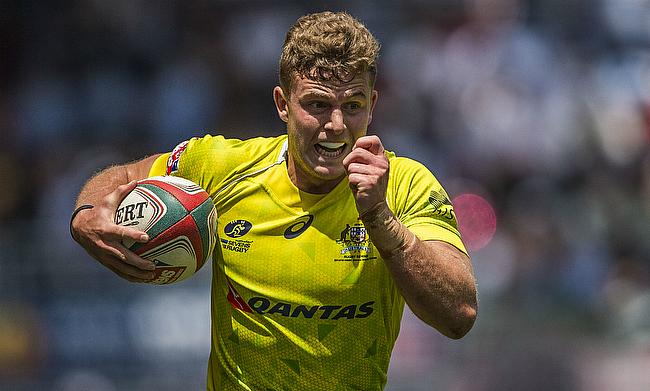 Leicester Tigers’ newest signing from Australia is preparing for life in the Aviva Premiership, having starred for his country on the Sevens stage.

What would you associate with a 10th birthday party? Would it be about going to the cinema, pulling the odd ‘all nigther’ at a sleepover or the mandatory sports themed party?

Nick Malouf’s 10th birthday seemed to be no different. He had his friends over at his house and they ended up playing a game of touch rugby in his back garden. However, little did he know that a harmless game of touch rugby would be the moment where his journey to the Aviva Premiership would begin.

Back then, one of Australia’s most talented Sevens players was attracted to all sports, but he had never taken rugby seriously. 14 years later, Malouf recalls the reason why he took up the sport which is now his career. “I owe a lot to The Lucas family,” he reveals. “We have always been close and at my 10th birthday party, they dragged my parents aside and said ‘You have got to let him play rugby.’

“I’d always enjoyed sport and always played plenty of sport, but I wanted to give rugby a go. We had a place down at the beach where we used to go most weekends and I don’t think my Mum and Dad wanted to give that up! Eventually, they gave in and I don’t think they regret allowing me to play the game because they get to come over and watch me play which is always a proud moment for me because they have supported me so much.”

It is not the first time Malouf has mentioned both his parents and the Lucas’ during his short career and he is keen to stress how much his close, family friends have helped shape his future so far.

Ben, the eldest rugby playing Lucas brother, has starred for the Reds and is currently contracted to Montpellier while Matt is at the Warathas in Super Rugby. Youngest brother and best friend since kindergarten, Tom, is still playing on the Sevens circuit with Australia and has been with Malouf every step of the way. “After that 10th birthday, I played for my local club and I have been playing with Tom ever since - apart from when went to opposing high schools!” Malouf adds.

With another domestic season now on the horizon, Malouf will no longer be plying his trade alongside Tom as he has swapped life down under for a shot at the Aviva Premiership with Leicester Tigers. In five years of playing for Australia, Malouf competed in over 30 tournaments for his country, represented them at the Olympics in Rio last summer and he was also described, on numerous occasions,  as one of the most underrated players in the side. Malouf has now opted for a new challenge, something that he has been thinking about since departing Brazil just under a year ago. Granted, a move to the top flight of English rugby sounds like every players dream, but to move to the other side of the world at 24 years-old is not an easy decision to make.

“Sevens is all I have really known since I debuted when I was 19 for Australia,” says Malouf who has recently graduated from the University of Queensland with a Bachelor of Commerce. “I have spent a lot of time with those boys so it was always going to be a tough decision, but they couldn’t have been more supportive of my choice which was a nice.

“I have been playing Sevens for about the last five years now and I was at the stage where I wanted get back into the XV a-side game. Luckily enough, Richard Emms from TSMC Sports identified me and got in touch. A week after signing up with TSMC, I was talking with Leicester. I don’t think there is a better place to come and integrate back into XVs then somewhere like Leicester. I don’t think I could have picked a better club in the world.”

Malouf has settled down to life in Leicester very well which has been helped by his girlfriend, Aimme, moving to England with him as well as how welcoming Leicester have been as a club. You can tell that he has not rushed into this decision and Malouf will be the first to admit that he has no regrets about his time when representing Australia on the Sevens stage.

His list of appearances and achievements emphasises that point, but even though Malouf is fit and well as he begins pre-season with the Tigers, his dream was in the balance in 2016 when he thought he may not play in the Olympics after suffering a knee injury.

“There were definitely times where I thought I’d lost the opportunity to go to the Olympics and live out a career goal,” he recalls during one of the toughest moments since making his debut for Australia in Dubai in 2012. “Having come back from the ACL injury, I was going well but then a month until the Olympics, I injured my knee. When that happened in the trial games against Japan, I thought I was done.

“I had injured my meniscus, but they couldn’t stich it back together. They had to just take it out and that gave me the opportunity to get back to challenge for a spot in Brazil which I was luckily able to do.”

The move to Welford Road now means Malouf cannot play for Australia Sevens, but it is a decision he wanted to take to get back into the XV a-side format of the game. A flanker during his time at the University of Queensland, Malouf is now very much a centre and he has certainly picked a club where he is bound to learn more about playing in the midfield with the likes of Manu Tuilagi and fellow Aussie, Matt Toomua around him.

Despite the sacking of Richard Cockrill and the temporary appointment of Aaron Mauger last season, it is clear that Leicester are building under new Head Coach Matt O’Connor. He guided the Tigers to their 13th consecutive play-off appearance and has added some new additions to the squad this summer to bolster their chance of success this time around.

Along with Malouf, Gareth Owen, Joe Ford and Jonah Holmes have been added to the back-line and Malouf is now fully focused on this season at Welford Road. “There is so much history around the club and they do have a culture of success here as highlighted by the guys they have in the squad,” he says.

“I am under no illusions that it is going to take a lot of learning for me to integrate back into XVs, but surrounding yourself with top players who have all played at the highest level, that can only hold me in good stead to get some game time in the Premiership.”