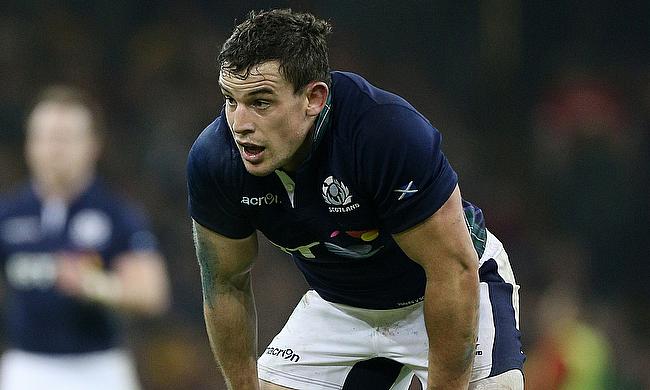 Newcastle Falcons and Scotland flanker John Hardie has announced that he will be retiring at the end of the ongoing season.

Hardie started his career with provincial side Southland in 2007 with his Super Rugby debut for Highlanders coming in 2010. After six seasons with Highlanders, the 32-year-old switched to Edinburgh ahead of the 2015/16 season during which he went on to make his international debut for Scotland and has gone on to play 16 Tests with his last appearance coming in June 2017.

“I think I could play for another year or two, but with the way the body is and the time it takes to recover between games – I just think it’s the right time to move on to a different career path,” said Hardie to the club's official website.

“It has to happen sometime, so it’s better that I decide it on my own terms. I feel like I’m playing good rugby, and I just don’t want to be hanging around or holding on for too long.

“With the way I play the game you have to throw everything into it, and whereas it used to be one or two days to get over a game, now it’s pretty much the full week until it’s time to play again on the weekend.

“I won’t miss waking up feeling like roadkill on a Sunday morning, but I’ve enjoyed my career and I’ve got nothing but gratitude for what rugby has given me.”

About his future plans, Hardie is looking to settle in Edinburgh and is looking to take a role related to strength and conditioning.

“The plan is to stay with my partner in Edinburgh because she’s from the UK and I’ve loved my time here, and I’m just grateful to have had a career which has allowed me to travel around the world and have so many amazing experiences.

“I’m just finishing my studies in strength and conditioning, which is the sort of line I’m looking to go down in terms of my future career. Hopefully that can be in a sports or high-performance setting, but as always I’ll just work hard and keep an open mind."