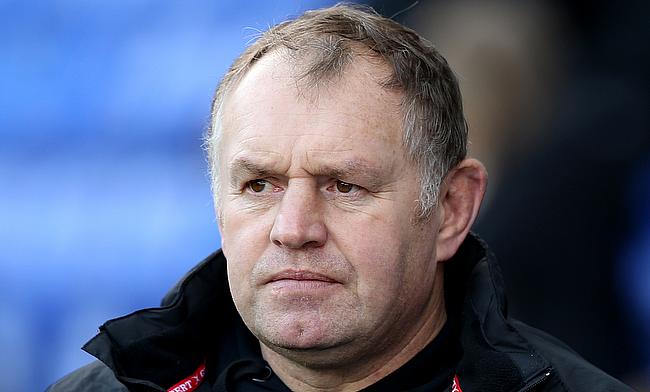 Scotland Under 20 flanker Gary Graham will join his brother Gary at Newcastle Falcons after signing a two-year contract with the Aviva Premiership club.

Guy was part of Scotland Under 20 side that competed in this year's U20 Six Nations Championship and will follow the footsteps of his father and former Scotland prop George Graham, who has also represented Newcastle Falcons between 1997 and 2002. He also played under his dad in the Scottish Premiership club Hawick RFC this season and is now set to make his debut in the Aviva Premiership.

“I’m really excited to be going professional and to be joining the Falcons, the club where my brother plays and where my dad did so well. Gary has been great in terms of giving me an idea of what I can expect, and my dad also has a lot of experience of professional rugby which I’ve been able to tap into. I know it will involve a lot of hard work and sacrifice but I’m ready to do it, and I hope I can make an impact.”

"I’m looking forward to getting stuck into being a professional, training every day and just learning from all the great players and coaches they have at Newcastle," said Guy. "It’ll be a bit different from working on the building site. I’m currently helping put down some groundworks on a housing estate in Thursby near Carlisle, but I can’t wait to get started in pre-season and I’m already doing my preparation work for that."

Meanwhile, Gary, who has been part of the Kingston Park outfit since 2017 has signed a two-year contract extension. He was called up by England coach Eddie Jones in the 2018 Six Nations squad where he was a traveling reserve but was hindered by a neck injury.

"Gary has really made a mark," director of rugby Dean Richards said. "He has stepped up from the Championship, shown up well in the games he has played and earned recognition from the England coaches with his call-up

"It was unfortunate that injury prevented him from being available for selection during the Six Nations, but he is not too far away from returning now, and we look forward to the contribution he can hopefully make during the run-in to the season. In terms of Guy, he is a very promising young player who in many ways embodies the same qualities as Gary."