Neil Back Interview: Lions tours are about touring - The players will never forget it 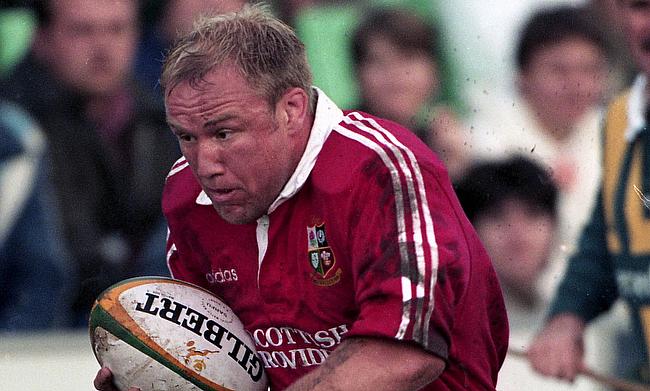 TRU Podcast - The Championship, Six Nations wrap-up & Lions ft. Charlie Beckett & Callum Wood
British and Irish Lions tour of South Africa set to go ahead as per original schedule
Gareth Steenson Exclusive: “At times he is dragging the team along with him!”
Billy Vunipola: Everybody want to be on that Lions tour

Earlier this week, the British and Irish Lions tour to South Africa was given the green light to go ahead despite the challenges of the Covid-19 pandemic.

There was the possibility of moving the tour to the UK or hosting it in Australia, but Neil Back believes staging it at the home of the world champions will maintain the magic that comes with being a Lion.

Speaking exclusively to TRU, Back, who was part of the successful 1997 Lions team which toured South Africa, said: “I am really pleased it is overseas and in South Africa. Lions tours are about touring. In the circumstances, I think it is the most perfect resolution.

“My thoughts and feelings on this are not financial; it is for the players. Having had the privilege to tour with the Lions on three occasions, I know personally what it means to wear that shirt and what an honour it is.

“It is a tour, it is in South Africa, it is going ahead. The players will still get that experience of four nations coming into one.

The British & Irish Lions have provided an update on the 2021 Castle Lager Lions Series ??#LionsRugby #CastleLionsSeries

“They will never forget this experience, either. They will look in the eyes of their fellow players who they go on this tour with in 20, 30 years time, and they will look across a room and won’t have to say a word. That look will say a thousand words. It is an incredible experience. That is what it is about.”

It is still unknown whether overseas fans will be allowed to travel to watch the Lions take on the Springboks this summer, but The Telegraph have reported that the first Test ‘could yet be played in front of 47,000 people if the South African government ‘allows 50 per cent spectator entry for major events.’

Whether there are crowds present or not, Back insists it will still be a special tour for the players selected by head coach Warren Gatland.

Throughout the recent Six Nations campaign, certain players have enhanced their Lions chances whilst even in the Gallagher Premiership, stars of the English game have continued to catch the eye.

Back admits some individuals may have missed their chance to nail down a place in Gatland’s plans, and he feels it is likely an uncapped player could be given an opportunity to represent the Lions against the current world champions.

“I won’t name names, but normally on Lions tours, there is an uncapped player or someone who has not been in the regular mix internationally.

“There are a couple, but you are not going to get any names out of me! It is down to Gats [Warren Gatland]. What a privilege to be able to select the team, but that is difficult for him as well.

Whilst Back was reluctant to highlight any particular players, he may or may not have been alluding to the likes of Sam Simmonds, who has been left out in the cold by England head coach Eddie Jones.

The powerful and dynamic No.8 is the current European Player of the Year and has scored 14 tries in 14 Premiership games this season, including one last week in a 47-31 win over Leicester.

Back, who made 339 appearances for the Tigers between 1990 and 2005, has been impressed by the improvements his former club have made under the guidance of Steve Borthwick.

Leicester have finished second bottom for the last two seasons, but despite their loss to Exeter, the Midlands outfit have already surpassed their points total from 2019/20 with eight games left to play.

Borthwick officially took over the reins at Mattioli Woods Welford Road in July of last year and club legend Back feels the standards which are being set at his old stomping ground are clear for all to see.

“He has got a clear picture of where he wants to be, where he wants the club to be and where he feels the club should be. That is important and he is aligning everyone to the same goal. It is early days and he has only been at the club for less than a year, but he has got a really young and exciting squad.

“One of his first sessions, he took a training group off a pitch because they weren’t meeting the standards he felt that was right. I think that was a great thing to do. It is a great message because it just tells everyone from day one that he was not going to accept substandard.

“My big thing is if you are always performing at a high level, then that becomes normal behaviour. You don’t then have to raise your levels and look to go somewhere you have never been before.”

Back was also delighted to see the courage displayed by his former side against reigning champions Exeter last weekend.

Despite Kobus van Wyk’s red card after 14 minutes, the Tigers kept fighting and secured a try bonus-point from their visit to Sandy Park.

Leicester, who currently sit eighth in the Premiership standings, host Newcastle Falcons on Sunday as they go in search of their third win from their last four matches live on BT Sport.

“Just looking back to last week, I think over the last couple of years, we would have imploded and jacked it in when we went down to 14-men,” Back added.

“We went 28-0 down, fought our way back and we scored two late tries. One of Steve’s big things is fighting to the end, showing that passion and that sort of encapsulated everything that Borthwick has been saying.

“I meet Leicester fans and I always say, ‘Look, it is not going to happen overnight.’ It is going to take probably three-five years, literally years, to get anywhere near where we once were.

“What we have got at the moment is a good mix in the squad as well. We have got that experience and youth and there is a definite feel that everyone that is at Leicester wants to be at Leicester and make it a success, so that is very important.”

BT Sport is the lead broadcaster of Gallagher Premiership Rugby with every match played behind closed doors live on BT Sport. For more info go to bt.com/sport/rugby-union